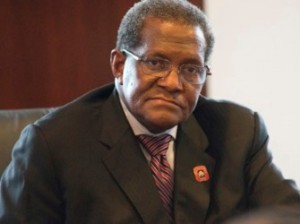 Cooper was named to the position in 2013. The program, which can trace its roots to the Carter administration in 1980, was created to help the HBCUs offset the effects of discriminatory policies and practices in higher education.

“George’s passing is a great loss for my Administration, the HBCU and higher education communities and for everyone that knew him,” President Barack Obama said in a statement released Sunday. “Our thoughts and prayers are with his wife Diane, family and friends during this difficult time.”

Prior to joining the WHI on HBCUs, Cooper had served four years as the 10th president of South Carolina State University before resigning in 2012. He had previously spent 17 years with the U.S. Department of Agriculture’s National Institute of Food and Agriculture, overseeing programs aimed at bolstering historically Black land grant universities and other minority-serving institutions.