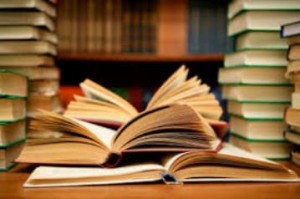 It is a common adage: those who do not know their history are destined to repeat it.

But what happens when people are taught the incorrect accounts of their history? For students of color across the country, the account of history they learn in school doesn’t easily reconcile with what they’re taught at home.

Black students whose parents or grandparents grew up in the Jim Crow South may have a hard time embracing the now-pervasive doctrine that the Confederate Flag does not represent racism. For Native American students, the textbook portrayal of their ancestors as a hindrance to progress and the antagonists to the White settlers and Cowboys is not likely the way their ancestors saw history either. And for Hispanic students, their ancestors’ contributions really don’t show up at all.

Marisa Perez represents Texas’ third district on the State Board of Education and said she didn’t learn about anyone who looked like her in school until she enrolled at the University of Texas at Austin and took her first Mexican American Studies course.

“Growing up, the only stories that I had to build off of were those of my father … and my grandmother,” she said.

Kyle Mays, a postdoctoral fellow at the University of North Carolina at Chapel Hill and who is part Saginaw Anishinaabe and part Black, said he is not surprised that textbooks he used growing up did not reflect much of his heritage as a Black and Native man in America. Mays, whose research interests include modern U.S. History, Urban Indigenous studies, comparative ethnic studies, and Indigenous Hip Hop, said even the texts he has seen do not necessarily reflect the diversity of the Black/Native experiences.

“I’m not of the Five Tribes, I didn’t grow up in the Southeast, and I wasn’t enslaved,” he said.

“So, it would’ve been cool to have a textbook that included histories of urban Native people, the great diversity that we make up, and the contributions of (urban) Native women like my great-grandmother, Esther Shawboose Mays, who contributed significantly to Detroit’s postwar Native community, or my aunt Judy Mays, who, more recently (1994), founded the country’s third ever public school with a Native American curriculum in Detroit called Medicine Bear American Indian Academy,” Mays continued.

“I think it’s absolutely important to have information in the textbooks to see individuals who have done incredible things in this country and who look like” Black and Brown and Native students in this country, said Perez. “We want to be able to share those [stories], because the Latino population in particular is a growing population … and we want to make sure that we are modeling education [relevant] to them and their cultures as well.”

Actor John Leguizamo said in a recent HuffPost interview, “Just imagine, you’re a White kid and all of a sudden everybody’s Latin and everything they’re teaching you is Latin and you don’t hear anything about yourself or about your contributions,” Leguizamo said. “You don’t know hear about George Washington, you don’t hear about Thomas Jefferson and you feel like you haven’t contributed anything. How would you feel? How would you think of your future? How would you think of your participation in American culture?”

“You feel like an invisible person screaming in the woods and nobody hears you,” he added. “And it’s really weird and unfair because we had huge contributions.”

“I think that we create a culture of indifference,” Perez said. “When we don’t teach kids about the impact that their ancestors had, it makes the successes of this country less relevant to them.”

Mays said the revisionist history underscores a culture of White supremacy that exists in this country.

“In a society based upon Indigenous dispossession and African enslavement, the ‘winners approach’ to writing U.S. history textbooks is problematic on at least two levels,” he said. “First, it perpetuates the idea that great White men came to a virtually uninhabited land and, through sheer determination, created this society that we call the United States of America.”

He continued, saying that today American society is one that is “based upon White supremacy, which produces male privilege, ableism, homophobia, sexism, racism, etc.; pedagogically, this reinforces a narrative for straight White men that they might just be God’s perfect creation. In other words, it builds in them a certain psychology of privilege that allows them to believe they can do no wrong and continue to live without even acknowledging that, for example, the evils of sexism and racism exist because they don’t have to experience the dehumanization of being a part of a non-dominant group.”

“In contrast,” said Mays, “when you teach from this narrative found in textbooks, you tell non-dominant students (students of color, queer students, women, etc.) that they contributed very little to this society and that they just weren’t smart or talented enough to make significant contributions.”

Perez said the only people who benefit from a revisionist history are “individuals who are trying to basically [erase] some atrocities that some individuals’ ancestors have committed.” The revisions, she said, are cloaked as shielding students from the ugly history but really are self-serving and only occur to ease the guilt associated with said history.

Texas has been at the center of a recent controversy over revisions to textbooks that, among other things, downplay the role of slavery in the Civil War and increase the influence of Moses on the Founding Fathers.

“It is inappropriate, first and foremost, to change history,” said Perez. “It is very detrimental to our students. We’re creating a culture of ignorance, and I can’t support that.”

“We need to understand and get a true picture of where we were” so that, as a country, we don’t repeat past mistakes, she continued, saying “we do a tremendous disservice to our kids when we don’t allow them to know the truth.”

“We should embrace the difficult histories that inform our national narrative,” he said. “History should be used to inform the present. We don’t live in a postracial society, and history textbooks should reflect that. If we did live in such a society, why do we need a #BlackLivesMatter? Or a #NativeLivesMatter? If we truly want students to learn, to become global citizens (in a non-exploitative way), to care about the human condition in such a way that leads to social transformation, then they need to learn the ‘truth,’ many truths,” he said.

Duke’s Devil of A Mess