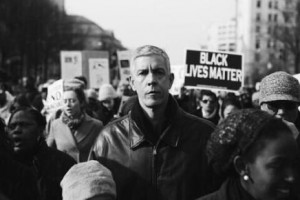 Secretary of Education Arne Duncan participated in the “Justice for All” march organized last year by the Rev. Al Sharpton.

Arne Duncan’s tenure as Secretary of Education has been met with mixed results. On the higher education front in particular, advocacy organizations like the Thurgood Marshall Fund and the United Negro College Fund have been critical of his vision for Black colleges almost from the day he took the helm of the government agency in 2009.

“On K-12, the Secretary has largely gotten it right,” said Dr. Michael Lomax, president and CEO of the UNCF, in a recent interview with Diverse. “He has not been as successful with higher education.”

But despite the criticisms, Duncan has largely enjoyed strong support from the nation’s traditional civil rights establishments like the NAACP, National Urban League and National Action Network, which have partnered with the Secretary over the years to push for robust education reforms, particularly in poor urban areas.

For Duncan, who served as superintendent of the Chicago Public Schools before he was tapped to be Secretary of Education by President Obama, the plight of poor, African-American and other minority children has always been an issue high on his agenda, according to several friends and associates who know him well.

They said his interest in the inequities that minority children face was likely introduced to him as a youngster who was raised by progressive parents in the Hyde Park section of Chicago. Duncan’s father was a psychology professor and his mother ran a popular after-school program for Black youth who lived in the Kenwood section of the city. But even as a young aspiring basketball player, he would often run hoops on the basketball court with young Black gang members before he would eventually find his way to Harvard as a college student.

Over the past few years, Duncan has been known to reference data from the Civil Rights Data Collection (CRDC), which provides policymakers, educators, parents and community leaders with information designed to close the achievement and opportunity gap among students.

In a speech before Sharpton’s National Action Network (NAN) in 2012, the Secretary said that data from CRDC indicated that minority students face harsher discipline, have less access to rigorous high school curricula, and more often are taught by lower-paid and less experienced teachers. He said that teachers in schools serving mostly minorities get paid an average of $2,250 less per year.

“You are all partners and allies in reforming public education,” Duncan told the NAN delegates at the annual convention that took place in Washington, D.C. “An excellent education for very child is a moral and civic imperative as well as an economic one. This issue is even bigger than education—it is an issue of social justice and economic security,” Duncan said.

Perhaps more than any other cabinet official, Duncan has been audacious in his public support for civil rights issues, which is why he has been a rotating figure over the years at the annual meetings convened by legacy civil rights groups.

Last December, he and his young daughter joined Sharpton and other civil rights leaders at a Washington, D.C., march to call attention to the dozens of unarmed Black men killed by police officers. Though Duncan did not speak at the march (a spokesperson for the Department of Education later pointed out that he was attending the event as a private citizen and not as a representative of the Obama administration), his presence at the gathering that attracted tens of thousands of people was still remarkably unusual, given that high-ranking cabinet officials tend to steer clear of these kinds of gatherings.

And this week, Duncan—who announced that he will leave his post in December to spend more time with his family in Chicago—will travel to Miami on Friday to deliver the keynote address at the Trayvon Martin Foundation’s Youth Empowerment and Solutions Conference & Teen Summit.

Once again, the setting might seem a bit odd to some, given the national outrage that ensued following the death of Martin, a 17-year-old teenager who was shot and killed in Sanford, Fla., by neighborhood watchman George Zimmerman. Zimmerman was later acquitted on murder charges by a jury.

Still, the anger over Martin’s death brought the issue of racial profiling of Black young men and gun control to the forefront, forcing the President of the United States to weigh in on the issue: “If I had a son, he’d look like Trayvon,” Obama said at the time.

Martin’s mother, Sybrina Fulton, started a violence-prevention network aimed at reducing incidences of violence among minority families and communities, and Duncan—according to Troy E. Wright, the foundation’s executive director—was invited to motivate the hundreds of youngsters who will gather for two days at the Deauville Beach Resort.

Dr. Terence Hicks, Dean of the Clemmer College of Education at East Tennessee State University, said that Duncan’s resolve to improving education has not gone unnoticed.

“Over the last six years, I believe that Secretary of Education Arne Duncan has showed a strong commitment to both school systems and higher education and that he has worked continuously toward finding solutions for problems that exist in communities and educat

Jamal Eric Watson can be reached at jwatson1@diverseeducation.com