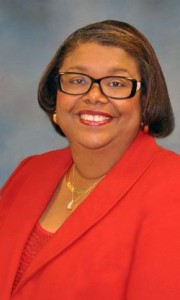 Dr. Cheryl A. Swanier said that the university is making “a strategic effort to get rid of me because of intimidation and jealousy.”

A group of current and former Fort Valley State University (FVSU) students are rallying behind a popular tenured associate professor of computer science who was notified earlier this year that her position is being eliminated due to efforts to cut costs at the financially strapped public Black institution.

Students and alumni have recently petitioned Chancellor Hank M. Huckaby — who oversees the Board of Regents of the University System of Georgia — asking him to rescind the one-year terminal contract that was issued to Dr. Cheryl A. Swanier, who has been employed at FVSU for the last eight years.

They argue that, under Swanier’s guidance, students were afforded the opportunity to engage in rigorous undergraduate research, travel to national conferences and were encouraged to apply to top-tier graduate programs across the country.

“She was very helpful. She gave us a lot of real-world advice,” said Jasmine Bowers, a first-year doctoral student in computer science at the University of Florida, who studied with Swanier from 2010 to 2013 during her undergraduate years at FVSU. “She was not a very easy teacher. She required a lot from us as students but that helped us in the long run.”

Bowers, who has been leading the campaign to pressure the board of regents to reverse their decision, said that Swanier, who is the only African-American in the four-person computer science department at the university, is a needed and welcome presence on campus.

“This is really frustrating and disappointing,” said Bowers, who has said that she will not continue to support the computer science department if Swanier is unfairly treated. “As a fellow female and African-American in computer science, it was imperative that I had someone who could relate to both, and from her I was able to gain insight on how to be successful and confident in myself.”

Charles Jones, the university’s attorney, declined to comment specifically on Swanier’s case, but said that the “policies that certainly dictate how we are supposed to proceed” with regard to eliminating tenured faculty were followed. “No way was Dr. Swanier singled out.”

Several high-ranking sources at the university said that the mandate to eliminate “non-productive” positions was a directive that was passed down by the board of regents. In recent years, the University System of Georgia has utilized various initiatives, including the consolidation of public universities, to save costs. The FVSU source said that Swanier’s department produced fewer than five graduates each year.

There is a dispute over whether Swanier was the last faculty member in her department to receive tenure. She said that she was not, but university officials said that she and another faculty member — who holds a joint appointment in computer science and mathematics — received tenure at the same time.

The stripping away of tenure is usually considered a last resort and is often based on seniority, although there have been an increasing number of universities who have gotten rid of tenured faculty in recent years.

In an interview, Swanier said that university’s preference has been to employ foreign-born faculty over Black Americans — a charge that has increasingly been made over the years by some Black faculty at HBCUs across the nation. FVSU officials deny the allegations.

“We all have tenure. I was not the last tenured,” Swanier said. She has admitted that she has clashed with her colleagues and her department chair over pedagogical and personal differences. “This is a strategic effort to get rid of me because of intimidation and jealousy.”

Swanier, who holds two doctoral degrees from Auburn University, has since hired an attorney and vowed to fight her termination that is scheduled to take effect in May.

“What they’ve done is unlawful because they should have given me at least a year’s notice,” said Swanier, who is currently out of work on a Family and Medical Leave absence that she attributes to the stress relating to the uncertainty of her future employment. “I want them to rescind this terminal contract because I am a tenured professor.”

Jones said that neither he nor the university has been in contact with Swanier’s lawyer.

“If she has alleged that she was not given sufficient notice regarding a non-renewal, that is just not true,” he added.

Staff writer Jamal Eric Watson can be reached at jwatson1@diverseeducation.com. You can follow him on Twitter @jamalericwatson.