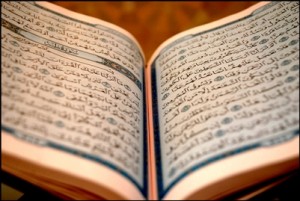 In an effort to bring about a richer understanding of the Quran, a group of mostly American-born and university-based Islamic scholars have produced a new translation of the Islamic sacred text.

They say a key aim of the new translation and commentary—titled “The Study Quran” and published by HarperOne—is to show how the Quran’s verses have been understood historically in order to better understand their meaning and applicability today.

A byproduct of that work is that it could lead to a better understanding of some of the more controversial topics in Islam, such as when use of force is permitted, one scholar involved in the project said.

“This is not a work that is geared toward the twenty-four-hour news cycle or social media or something like that,” said Dr. Caner K. Dagli, an associate professor of religious studies at the College of the Holy Cross and one of several editors of the project.

“It’s a work of scholarship,” Dagli said. “We wanted to dig deep into the tradition not just at one level or two levels, but go many levels deep to bring out the richness of it.

“And if along the way we answer people’s questions on these hot topics, that’s fine,” he said.

The new 2,000-page translation and commentary, which will be formally released later this month, is the culmination of a decade’s worth of research that began after editors at HarperOne approached Dr. Seyyed Hossein Nasr, longtime University Professor of Islamic Studies at George Washington University.

Nasr said he initially declined to take on the project but eventually agreed to do so out of religious conviction and on the condition that it be produced entirely by practicing Muslims. The Iran-born Nasr also said he wanted all of the scholars to be America-born and at least one to be a woman.

In addition to Dagli, Nasr selected Dr. Maria Massi Dakake, associate professor of religious studies at George Mason University, and Dr. Joseph Lumbard, assistant professor in the Department of Arabic and Translation Studies at the American University of Sharjah, as co-editors of the book.

“They’re all excellent Arabists,” Nasr said during a recent panel discussion at Georgetown University in which they all joined to discuss their new work.

The scholars’ expertise in Arabic is important because Muslims believe the Quran, which they regard as the word of God, was revealed in Arabic to the Prophet Mohammed in the 7th century AD.

“The Quran was revealed as sound, not as [a] book,” Nasr said. “The Prophet heard the Quran. It was written down later on.”

Much of the controversy that surrounds the Quran is not in what its verses say but rather in what the verses mean and when and how they should be applied.

For instance, when Dakake, the lone female editor on the project, was asked how she approached a verse in the Quran that some believe permits husbands to beat their wives, Dakake conceded that it was a “difficult verse.”

But she said many fail to take into account how the Prophet Mohammed never resorted to beating his wives himself and is widely reported to have remarked after the verse was revealed, “I wanted one thing and Allah (God) wanted something else.”

“Not to look at the Prophet’s own commentary on the verse does a disservice to the attempts of understanding this from a moral perspective,” Dakake said.

Dagli said critics—including Islamic fundamentalists—who think the new translation and commentary represent a watered-down version of Islam fail to take into account a rich Islamic tradition of tolerance for a range of viewpoints on interpretations of the Quran.

“This will be a project that will change the way that people encounter the Quran because it puts the commentary tradition front and center,” Lumbard said. “The baseline of knowledge that one has to have about the Quran has been raised tremendously.”

Higher Education Has a Role to Play in World Peace, Experts Say