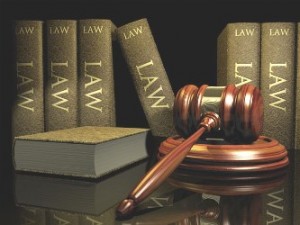 An African-American nursing student who was dismissed for low grades has lost her racial discrimination suit against Valparaiso University.

According to the ruling, Richardson enrolled in the program in spring 2010 and was placed on academic probation after the spring 2011 semester because she received a D+ in a course that required at least a C and because her GPA in nursing courses fell below the minimum 2.5

The dean’s warning letter cautioned that Valparaiso would dismiss her if her cumulative or nursing GPA again dropped below 2.5.

Although Richardson raised her GPA the next semester, but it dropped again after spring 2013 and the program dismissed her.

An appeals committee found that Richardson hadn’t presented a “clear plan to improve her academic performance, did not show that stressors had subsided or that she had a plan to handle the stressors differently, and had a demonstrated record of academic underperformance,” according to the decision.

The dean accepted the committee’s recommendation against reinstatement.

She sued under Title VII.

Richardson claimed that three non-African-American students with similar academic problems had received more favorable treatment than she did.

However, Cherry said two of those three situations weren’t sufficiently similar for comparison.

As for the third situation, he said the university had offered a legitimate, nondiscriminatory rationale for dismissing Richardson and had applied logical criteria in evaluating her case. And although Richardson claimed she hadn’t received information about submitting a corrective plan, there was no evidence that such an omission was motivated by discrimination rather than mistake or oversight.

The third time was definitely not the charm for a former longtime Yuba Community College District employee who sued for alleged gender and disability discrimination, violation of family leave rights and retaliation.

A unanimous California Court of Appeal panel has upheld a lower court judge’s third dismissal of Barbara McKenzie’s case and let stand an order that her lawyer pay more than $37,000 to cover the district’s legal bills.

McKenzie worked for the district in clerical administrative positions until 2008, a year after she ended what the court called a “sexually charged relationship” with the district’s human resources director and vice chancellor.

She claims the district constructively discharged her at that point when it denied her permission to miss a meeting to care for her terminally ill father.

Her suit was dismissed three times in Superior Court for lack of specificity and other grounds.

In the appellate decision, Justice Elena Duarte said the case was properly thrown out because McKenzie failed to provide specific facts to show constructive discharge and because she hadn’t exhausted her administrative remedies.

McKenzie’s “vague allegations are of no legal effect,” Duarte wrote. “And setting one meeting that conflicted with McKenzie’s father’s care schedule does not show a continuing pattern to cause an objectively reasonable employee to have no reasonable alternative except to quit.”