Time to Save Our HBCUs Ourselves - Higher Education

Time to Save Our HBCUs Ourselves

What does this all mean for HBCUs? Business as usual is dead and it is time to adapt to a new environment never seen before. 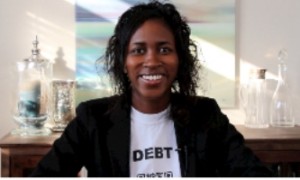 The 2008 financial crisis sent the world into a tailspin and higher education was one of its permanent victims. States had to add thousands, even millions to their payrolls when the crisis hit because people lost their jobs and needed unemployment and other government aid. As a result, these individuals were not paying the usual taxes to the state government that funded yearly budgets. This led to budget shortfalls across the country and, if there is a shortfall, you best believe one of the funding cuts will come to higher education.

Some may see this as harsh and an attack on education, but stop to think of where the cuts could have come from: K-12, Medicaid, early childhood programs, foster care improvements or mental health programs. States see higher education as a place that students, if they want to attend and do not have the money, can borrow it in the form of loans. The state can then take the money that they cut from higher education and put it toward the other programs in the budget that are lacking.

Think of it this way. If my monthly expenses for me to live equals $3,000 and my job pays me $3,000 a month, then I am fine. What if the company I work for starts to run into financial trouble and has to reduce my pay to $2,800 a month? Then I am going to start to struggle. If the company continues the decrease in pay, then eventually I am not going to be able to pay for the necessities in life and will have to find a new job.

So why are more students and alumni not giving back to their great institutions? Some say because the current or former student had a bad experience with someone or some department at the school and that is the reason they don’t donate money. There is no way that a student had two or four years of bad experiences on a campus. There was at least one professor or student organization on campus that changed that student’s life for the better while on that campus or after.

Most institutions may feel that there is financial literacy on their campus already and they would be correct. The true question to ask is whether that financial literacy is engaging and effective. If the answer is no, then nothing is changing for the students and they will still have financial problems while in college and definitely after. The cycle will continue with students dropping out and alumni not donating to the institution.

Students want to connect with whatever is in front of them.

Students will not connect to statistics or to a person talking at them, but they connect with stories of determination and triumph. Everyone who has trouble in an area wants to know that somebody was there before and they made it to the other side. This gives them hope and a fire to reach the same success. Until a student knows their “why” you can tell them the “how” all day and it still will not get done.

Engaging and effective financial literacy will have undergraduate students opening up savings accounts, saving refund checks instead of spending them, borrowing less in student loans and paying student loans off quickly after college. These types of actions result in students not dropping out due to financial struggles and having disposable income after college that can be donated freely to the institution.

How much money could this result in for an institution on a yearly basis? Take an institution that has 20,000 alumni who are able to give back an average of $100 a month each year. That institution would bring in $2 million from alumni alone.

What if the students on campus and alumni understood real financial literacy to the point that they pay off their student loans within five years after graduation and use their money to build wealth? After accumulating that wealth they are able to leave a portion of that wealth to their alma mater upon death. All of this and more is possible if current students and alumni had a grasp of financial literacy.

If HBCUs truly invest in engaging and effective financial literacy, they will retain and graduate fiscally responsible leaders who will win with money and with that money save their HBCUs!

Ja’Net Adams is the owner of EMACK Consulting and is a graduate of South Carolina State University. She speaks at universities and corporations across the nation about the importance of financial literacy.

South Asian American Champs Spell for College, But Are Still in D-E-B-T