Tradition of Exclusion at PWIs Harmful for Diversity - Higher Education 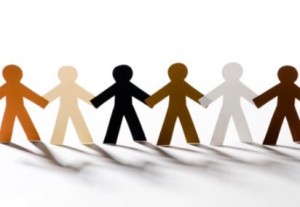 Though Historically Black Colleges and Universities, Hispanic-Serving Institutions and tribal colleges are often overlooked in the conversations about best practices in higher education, their success with the populations they serve cannot be denied and is often looked to by majority institutions hoping to promote more diversity on their campuses.

Experts say much of the success of these institutions is attributable to their missions.

“If we … have something like a tribal college, a historically Black college, a Hispanic serving college, they’re more apt to explore [ways to] increase student participation and performance outside of the normal ‘you have to make it on your own’ mentalities, … where other institutions are more, ‘let’s see how exclusive we can be,’” said Dr. W. Carson Byrd, an assistant professor of Pan-African Studies at the University of Louisville.

Dr. Crystal A. de Gregory, a national expert on HBCU history and culture and the founding editor of HBCUstory, said, “By and large, given what is the probable experience of being [a minority in this country], your sense of community would probably be appealed to more at an institution that was founded with the mission of community in mind.”

“I think one of the main pieces that’s important is how tribal colleges [and other minority institutions] take into account what challenges these students face when they’re growing up in their community,” said Dr. Tarajean Yazzie-Mintz, a senior program officer at the American Indian College Fund.

Both Byrd and de Gregory agree that most Predominantly White Institutions have built themselves on a tradition of exclusion, which is counter to the mission of many minority institutions.

“I think that’s a key distinction,” said de Gregory. “White higher education was birthed as an extension of power and privilege, so it was designed to be very elite and exclusive. So the Ivies, the first schools, the preeminent White schools in the nation were founded by this model and subsequent schools sought to follow this model of exceptionalism and exclusionism. It’s as much about who we let in as it is who we don’t let in.”

Conversely, she said, “Colored people’s schools emerged out of the context of giving the opportunity of education to as many people as possible so that they [could] have access to the opportunities of education.”

“If you look at the founding of all of these [HBCUs and other minority institutions] they are tied to offering access and to sharing power and to having people actualize power,” she added. “The [Predominantly White Institutions] were about preserving power and denying access to people that did not belong.”

“They kind of get caught up in the game of keeping up with the Joneses, so that sort of narrows down what they see as [necessary] practices” in inclusion, he said.

“You’re talking about not just the selectivity of the students increased, in terms of what the standard SAT/ACT scores were, the GPAs, … they were saying ‘this is what a good student looks like’ and it makes it harder for those that may not have gone to a high school that has these opportunities to have a good shot at getting in, even at a public flagship now,” he added. “Because our orientation in higher ed and the general public toward higher ed is not how inclusive, but how exclusive colleges and universities are now.”

For many students of color, the disparities in educational opportunities at the K-12 level preclude them from access to many of the majority institutions, except through special affirmative action-type programs.

“The lack of resources, in terms of the technology [available to these students]—I’m really referring to the educational spaces, not [personal access]—it’s an issue of how those tools are used educationally to increase their educational opportunities,” said Yazzie-Mintz. “We know that when children and families have access to early childhood high-quality learning opportunities that sets them up for success as a learner down the road.”

For many students of color, these opportunities are not as prevalent as they are for their White counterparts. “As a rule, minorities have less social capital,” de Gregory said.

Ironically, both Byrd and de Gregory point out that the entire system of public K-12 education in this country can be attributable to the inclination of newly-freed slaves to form common schools to educate themselves, as education was seen by many as a way to social uplift.

“It wasn’t until emancipated slaves in the South began forming their own common schools that a public school system even was born, and it was because of this push for their own form of learning after slavery that we started having a more structured education system in the U.S. in general,” Byrd said.

The irony is in the fundamental idea in this country that, though there would not be an impetus to educate anyone other than the children of the wealthy if not for people of color, they were and often are still seen as intellectually inferior to Whites in this country. “The reason why we have many institutions outside of what would be considered ‘just colleges’—institutions like Howard, Fisk, Morehouse, Spelman, all [the HBCUs on] the list that we can go down—were developed because of, well, exclusion,” he said. “They didn’t believe that [members of] African-American communities had certain levels of intelligence … and they didn’t want to provide it.”

This environment and the tendency toward “weeding out Black [and brown] students from some of these fields” creates a hostile environment for students and faculty of color on campus, said Byrd, which “means that we can’t actually get to [a] 10 percent [faculty of color composition on campus], even if you have all that money, like Brown or Yale, who are investing millions of dollars” into diversity initiatives.

Yazzie-Mintz believes that “mainstream campuses are doing what they can, given the human resources that they have on their campuses,” but she says that “what’s really important is finding Native faculty, Native administrators to be on campus supporting the students.”

It’s also important to recognize the diversity even within the Native categorization. “Just because you’re a Native student or a Native faculty member doesn’t mean that you’ll actually connect across all of the 500+ tribal communities. They’re all very different … you’re coming from different circumstances,” Yazzie-Mintz said.

The same need to recognize that racial and ethnic categories are broad designations but that the people who make up those populations are not monolithic is true across all groups, but, for the Native population in particular, Yazzie-Mintz said, “it’s much harder. It’s not like working with a Latino group who all speaks one [common] language.” The cultural nuances and languages vary from tribe to tribe, she reminded, and the needs of students vary from one individual to the next.

“Some students want to be connected to mentors who will understand and make connections to their academic area of study, and others want that more personal, social connection,” she continued. “Some really want someone to be connected with because [they identify with you based on ethnicity] and there are other students who say they’re perfectly fine personally or culturally on campus but what they really need is someone who can help them think through their program of study.”

If institutions are going to be serious about the work of diversity and promoting inclusion on campus, they need to have “a larger understanding of the different communities that mainstream institutions serve,” said Yazzie-Mintz.

In many ways, the need for community on campus can be traced to the idea of wanting to feel connected, like one belongs on campus.

“One percent of our population is in college,” Yazzie-Mintz said.” That’s really low, but what that means is, a lot of times, you’re the only one on the campus.”

A major strength of tribal colleges, Hispanic and historically Black institutions is that they “offer a foundational learning support and opportunities for students to attend college with a full focus on content, not on some of the distractors that have to deal with some of the issues around adaptation to racial issues on campuses or being the only one,” she added.

The Center for Excellence in Learning and Teaching at Iowa State University has found that cultural differences impact the way people communicate and learn and that understanding these differences can be crucial to facilitating a diverse campus climate.

For example, in individualistic societies like the United States and Western Europe, “the goals of individuals are valued more highly than the goals of the group” and there is a high value placed on “individual achievement and qualifications.” But in more collectivist societies—like Asian, African and South American cultures—“the needs of the group are considered more important than those of the individual. In these societies, kinship ties are much stronger and may take precedence over expertise in matters of appointments and promotions,” according to center literature.

“Most minority students do not have the advantages of wealth and the power and privilege that come along with it that would allow one to think in more self-centric, if not selfish terms; so community-based models work because they’re familiar, they’ve been a familiar function of their existence and their survival,” de Gregory said.

Yazzie-Mintz said these ideas hold true for Native students. “The reality is that for the college-going [Native] student to be engaged in a kind of education that connects them back to their community is something that is highly valued,” she said. “That makes their higher education experience more meaningful and purposeful.”

Byrd said the individualistic focus on much of higher education at majority institutions is having a detrimental effect on any sense of community that institutions are hoping to build.

“I, I, I has drastic impacts on the we, and a lot of institutions will say that they want to provide the opportunities for their students to be educated students or global students, but then do your actions really mesh with your words,” Byrd said. “The orientation [many institutions are promoting] is actually an individualistic, look out for you, you are the best and brightest, instead of seeing that everybody has a contribution.”