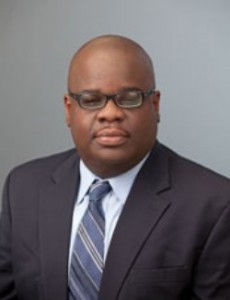 Earlier this year, fraternity members at the University of Oklahoma (OU) were caught on video singing a racist chant that went viral. The OU president appointed a chief diversity officer (CDO) less than a month after the event. At Eastern Michigan University, there were allegations of racism and harassment by students at the university. Shortly thereafter, the president of the institution announced plans to establish a chief diversity office. Recently, at the University of Missouri (MU), after several incidents surrounding an unfavorable campus climate for students from racialized backgrounds, the governing board of the MU system created a position titled Chief Diversity, Inclusion and Equity Officer. Approximately 24 hours later, the institution appointed an individual to serve in that role.

At colleges and universities across the United States, yet another trend has taken hold; a rapid response to appoint a CDO. As a response to a campus crisis or incident of cultural insensitivity, campus administration has swiftly announced the establishment of chief diversity offices and chief diversity officers to direct those offices. Considering recent implementations of the chief diversity officer at numerous universities during the past year, one might ponder if the appointment of a CDO is simply a mark on a checklist for executive leaders and governing bodies as a means to convey the institution’s commitment to diversity. Problematizing the matter is higher education institutions’ seemingly inconsistent and indistinct conception of diversity. The seemingly normative tendency to hire a CDO continues to be a predictable reaction by senior administration to respond to single contentious campus incidents of cultural insensitivity. This is ignoring a more problematic campus climate, comprising multiple and persisting issues of racism, that adversely affects students, faculty and staff from racialized groups.

In the case of the University of Missouri, the selection of a senior leader to oversee diversity goals, programs and initiatives in just a few days is puzzling. One might ask would college governing boards appoint a chief financial officer or chief information officer as speedily as these recent instances of chief diversity officers? Of course, overseeing diversity on campus is much different, and oftentimes much hazier, than directing the institution’s financial operations or technological infrastructure. An additional question is: how could the institutional administration strategically design an efficacious position, allocate essential financial resources and recruit the most qualified candidate for that position in such a short amount of time?

Another important question is: what is the tipping point? That is, at what point does executive leadership value diversity enough to consider dedicating resources, personnel, staffing and office space to establish a chief diversity office to further the institution’s diversity goals. At first glance, one might assume that the University of Missouri’s senior leadership responded to the recent incidents of insensitivity on campus by appointing a CDO.

The issues at Mizzou, arguably, began well before the most recent incidents. The well-publicized racial incidents are a manifestation of years of systemic and entrenched racism that has affected institutional members well before 2015. Many have blamed students for the unfavorable perceptions of the campus climate. It is important to remember that current students generally have been on campus for one to four years. The issues that flourish on college campuses were problematic well before any one student enrolled at the institution. The critical point of appointing a chief diversity officer has recently been in response to these well-publicized racial incidents, ignoring years of deteriorating perceptions of a campus climate by students from racialized groups.

The recent events at Mizzou and Oklahoma illustrate the reactive nature of institutional leadership to inaugurate a chief diversity officer position as a response to a campus crisis. The matter of colleges and universities as reactive, rather than proactive, organizations is beyond the scope of this commentary. If diversity is a core value or institutional commitment, one would assume that institutional leadership ought to purposefully attend to formalizing organizational structures that further diversity goals.

However, that act is not enough. The executive administration must allocate the necessary resources (e.g., staffing, budget, etc.) to ensure that these diversity leaders have the capacity to be effective leaders. Senior administrative leadership must assess, disrupt and reshape a tenacious campus climate that continues to epitomize an unwelcoming environment for minoritized students.

Eugene T. Parker is an assistant professor of higher education at the University of Kansas.