The Negative Narrative That Keeps a College President Up All Night 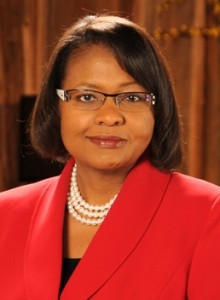 As a relatively new college president, there are many things that keep me awake at night: supporting the well-being of the 1900-plus students entrusted to me; ensuring we are fulfilling the mission our founding order established 100 years ago; wondering how we will raise the dollars to grow our endowment; and presenting a balanced budget in the face of flat net tuition revenue.

While each of these items is vitally important, the most frequent nightly worries I face involve the overwhelmingly negative narrative about higher education that is currently unfolding. I say this because while many of my worries are local, the public discourse about higher education is global and has potentially devastating consequences for the young people involved. There are two parts to the narrative, both disturbing and worthy of my night terrors.

The first part of the prevailing narrative states that a college education, especially a liberal arts education, is not a worthwhile investment. It posits that, in fact, young people can expect to have healthy, happy and economically rewarding lives without going to college. Health and happiness may not be directly related to college attendance (though some evidence suggests otherwise) but the evidence of the economic value of a college education is irrefutable. So why, then, is it being refuted?

In the midnight hour, one’s thoughts run wild and I often wonder if it’s not an attempt to maintain seemingly entrenched class differences. You see, the messages questioning the value of college, especially liberal arts colleges, are not being sent to the very wealthy. Rather, the suggestion is that those of us who grew up in working class or impoverished families (I count myself among this group) need not worry ourselves about the outcomes of a liberal arts education. We can eke out a perfectly fine existence if we are “job ready.”

Let’s ignore the data that college graduates earn twice their counterparts. Let’s ignore that many skilled labor jobs have been replaced by technology or continue to leave the United States. Instead, we should not seek access beyond our current circumstances. We should cede the liberal arts to those for whom it is intended (the wealthy) and the rest of us should focus on job readiness.

I find this narrative disheartening and incredibly troubling for several reasons. The liberal arts educate toward liberation, toward the ability to excel within any context, toward the ability to expand one’s own world and degrees of freedom. Collectively, these freedoms empower not only self but can also be used to uplift a community. If anyone merits a liberal arts education, it’s those to whom it has been so systematically denied; those who are told they don’t need it and should simply be made job ready. What about life ready? What about leadership ready?

In the face of this narrative, higher education leaders must ask ourselves a critical question: is higher education merely an extension of existing privilege or is it a place of opportunity for those who have systematically been denied access? For me, an African-American woman who came from very little means, it was the latter. Like some of our students today (from a variety of demographics), I had been told college was not “for me” and that I should set my sights on a different trajectory. Yet it was a liberal arts education — the very education our current discourse is pushing so many young people away from ― that saved me. It granted access to a world and network that expanded my own and equipped me with the interpersonal, communication, critical and creative thinking, and problem-solving skills needed to not only pursue whatever professional opportunities I’d like, but to be able to envision my current job.

Our current narrative is attempting to reduce higher education to job readiness and defaulting to existing class structures. The promotion of education as a tool for social mobility has given way to education as a tool to support the status quo. This should keep all of us awake.

Sadly, the student debt conversation is completely un-nuanced. First, very few students have six-figure loan debt. In fact, only 2 to 4 percent of college graduates face that level of debt. Yet to hear the public discourse, one would assume 10 times those numbers graduate that deeply in debt. There is little mention of the fact that, according to the Brookings Institute, the monthly student loan repayment obligation has been stagnant, or decreased, over the past 20 years. Also, interestingly, no one mentions that 25 percent of students graduate with no debt at all, a fact that has received scant attention. A more thoughtful conversation would explore default rates of college graduates versus those who do not persist to completion as well as indebtedness levels and default rates at for-profit institutions versus those at not-for-profit and public institutions.

Yet the most disturbing part of this narrative is that it misleads young people about what matters over the course of their lives. Here’s an example: the average student loan debt in the United States, for those who attend a private college, is $19,500. The average new car loan debt is $27,000. While a new car depreciates significantly the moment you drive it off the lot, a college education increases in value over time. Eventually, a car will be utterly worthless (trust me, I’ve driven that car) but an education can never be taken away from the graduate and never ceases to appreciate in value.

While I am loathe to present college as a commodity, I can no longer lay awake at night and know that young people are being systematically turned away from college due to this debt argument. Many young people who don’t know how to deconstruct these arguments are scared away without availing themselves of the opportunity of a college education. Are there costs associated with college? Yes. Do we in higher education need to be attentive to cost structure and more aggressively correct our economic model by identifying efficiencies? Yes. Must we work diligently to ensure our students persist to graduation to make the debt worthwhile? A resounding yes! Collectively, many of us in higher education address these issues each and every day.

If higher education is really only about equipping you for your first job out of college, then the debt argument may make more sense. But I cannot imagine that any college strives toward ensuring only short-term learning and immediate opportunities as its mission, no matter what pending federal metrics may suggest. College is a lifelong investment with lifelong dividends.

I am, admittedly, a new college president. However, I ask my higher education leadership colleagues: how long are we going to stand by and allow these arguments to unfold, not only doing harm to our institutions, but harming the young people we are committed to serving? We must take back the narrative about who we are and what we have to offer. The competition is no longer just among institutions competing for students. We must now turn our gaze externally and demand that the media, the government and the public in general stop making these false arguments. At least then I will be able to get a little sleep at night.

Mary Dana Hinton is president of the College of Saint Benedict in St. Joseph, Minnesota.