Long before Dr. Evelyn Brooks Higginbotham became one of the nation’s most prominent historians, her introduction to Black history came vis-à-vis her father, who was a proud and active member of the Association for the Study of Negro Life and History (ASNLH).

For years, Albert N. D. Brooks served as the secretary-treasurer of the association, which was founded in 1915 by Dr. Carter G. Woodson. A junior high school principal by day and an association leader during the evenings and weekends, Brooks edited the organization’s Negro History Bulletin.

After Woodson died, Albert Brooks ran the ASNLH’s Washington, D.C., office with the two office secretaries — Mrs. Milton and Mrs. Miles — until his death in 1964. 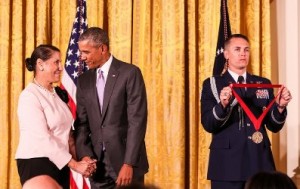 “As a child, my father would literally bring me to the office on Saturdays and I would sit and watch him put together the Bulletin and watch him doing the other kinds of things that he did there. And at a really young age, I got the sense that this was so very important,” says Higginbotham in an interview with Diverse.

She recalls visits to the family home by well-known Black historians such as Drs. John Hope Franklin, Benjamin Quarles and Rayford Logan. “My father would sit at the dinner table with my sister and my mother and I, and he would say, ‘We work to disprove the lie that the Negro has no history; or none worthy of respect.’ This was his way of saying to all of us, ‘This is why I do what I do.’”

Now Higginbotham, who is the Victor S. Thomas Professor of History and of African and African American Studies at Harvard University, is continuing in her father’s tradition. This month, she will take the reins of the 100-year-old organization, which was renamed to the Association for the Study of African American Life and History (ASALH) in 1973, but has remained true to its early roots of educating the masses about the importance of Black history.

“Woodson was fighting against these histories that gave no recognition or no respect to Black people,” says Higginbotham, who is the author of the widely respected book called Righteous Discontent:  The Women’s Movement in the Black Baptist Church, 1880–1920. “He was calling for a systematic study of history that looked for the facts and that really took the evidence of our past to tell a story that disproved the lies.”

As president of ASALH, Higginbotham says that she wants to build membership, particularly at the branch level, and wants to reinvigorate chapters on college campuses across the country.

She says that she wants to provide additional support for the Journal of African American History, which is edited by Dr. V.P Franklin, a Distinguished Professor Emeritus of History at the University of California, Riverside.

“It’s very hard in this digital age,” she says of publishing an academic journal. “My goal is to put this on such a firm footing that it will continue to thrive.”

Higginbotham says that Woodson created the journal and later the Negro History Bulletin, at a time when White journals refused to publish Black people or Black topics.

“Not only was this knowledge important for scholarship, but the masses of our people needed to understand their history,” says Higginbotham. “This was not an experiment for the academic world. This was a struggle over knowledge.”

Higginbotham, who succeeds Dr. Daryl Michael Scott, a professor of history at Howard University, says that she plans to raise money, build chapters and bring more young scholars and community-based people into the pipeline of the association.

“As we move through the centennial, it is my great goal that we don’t lose any of our momentum but that we grow even more,” says Higginbotham, who was awarded a National Humanities Medal by President Obama last year. “I feel so honored that people are excited about my presidency. They’ve come up to me and have said, ‘I haven’t been as active in the past, but I will be going forward.’”

Unlike other scholarly association meetings, ASALH has long brought together academicians with lay individuals committed to studying Black history.

A longtime member of the Martha’s Vineyard chapter, Higginbotham says that Woodson was an intellectual entrepreneur who saw community-based membership as not only important to cultivate an audience for his ideas, but also important for the marketing of books and other publications produced by the association.