Innocent Until Proven Guilty, but is Anyone in Higher Ed Standing With Bill Cosby? - Higher Education

Innocent Until Proven Guilty, but is Anyone in Higher Ed Standing With Bill Cosby? 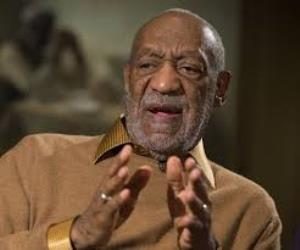 If Bill Cosby used to give millions to your school, as he did to Spelman College, you can be assured that the money is now being put to good use — for his legal defense.

The 2016 semester of Bill Cosby Law School — where the public can witness the celebrity icon’s step-by-step legal fight to save his legacy on multiple fronts ― begins in earnest this week.

Cosby’s wife, Camille, after losing her battle to avoid testifying, is scheduled to appear in court Wednesday in Massachusetts for a civil case involving seven women who claim Cosby defamed them.

But it’s not likely to match last week’s legal bombshell when the first criminal matter over sexual allegations was brought against Cosby, the man who once played Heathcliff Huxtable.

In America, you’re innocent until proven guilty. But it doesn’t look good for the nation’s tarnished comic treasure.

With Cosby’s arrest last week on three felony counts of aggravated indecent assault, it will be hard to find anyone still willing to keep their head stuck in the sand or give the benefit of any doubt to the man who once was the moral scold of Black America.

Cosby is reported to have had a smile on his face when he told a judge he understood his arraignment on the sexual assault charges stemming from a 2004 case from a single accuser in Montgomery County, Pennsylvania.

But Cosby’s smile was different from Gloria Allred’s.

Allred, the attorney representing 29 of the more than 50 women who have made accusations against Bill Cosby, reportedly said it was “the best Christmas present they’ve received.”

They also got a perp walk, complete with Cosby, clad in a grey sweater and Bean boots, propped up by two people as he held a cane and a satchel.

And they got a mug shot.

For now, all it cost Cosby was a $1 million in bail money. But it will likely cost a whole lot more.

The case was settled in 2006, but last year, a judge, at the insistence of media requests, unsealed Cosby’s deposition.

The document revealed Cosby admitting sexual relationships with at least five women, and exposed his pattern of offering sedatives to women with whom he wanted sex.

Ten years ago, prosecutors didn’t seem to think there was enough evidence for criminal charges.

But everything old is new again.

Constand may even surface in court this month at a January 14 preliminary hearing.

Now what do you supposed happened?

The prosecutor Kevin Steele, elected in November, said last week that “it was the right thing to do.”

But the fact that it was not back in 2005 makes me wonder.

Maybe Cosby was one of those transcendent figures who prove what it takes that make “Black Lives Matter.”

Maybe it means you need wealth, fame and a fictional character like a “Cliff Huxtable to use like a “sitcom shield”

Because for years it worked to get favored treatment from the law — to get the treatment that few Blacks or people of color get.

The whistleblower in all this is comedian Hannibal Buress, who revived the story of Cosby as alleged “rapist” in his own standup act.

The video of Buress went viral and other women who had been victimized began speaking out.

Within two months, by the end of 2014, colleges and universities began severing ties with Cosby.

A year later, more schools have abandoned Cosby, and now comes the arrest.

It’s hard to imagine just who is standing by his side in higher education or in the Black community.

James Peterson, director of Africana studies at Lehigh University, told the Philadelphia Inquirer that Cosby’s status as groundbreaker in society likely served to maintain the community’s sense of loyalty to the performer.

But the arrest may have turned the loyalty into a sense of betrayal.

“This contradicts our sense of who Bill Cosby was,” Peterson told the newspaper about the criminal charges. “People really felt that Mr. Cosby would never be arraigned.”

As a 9-year-old boy, I was totally taken by Cosby. I remember 1964 less for the civil rights act, and more for the debut of the comedy album, “Bill Cosby is a Very Funny Fellow…Right!”

When I first wrote about this story last November for this blog, I recalled Cosby’s line from the album on the biblical character Noah, where Cosby in the voice of God, asks, “Noah, how long can you tread water?”

Until last Wednesday, it was still premature to ask that question of Cosby.

It may not be any longer.

Emil Guillermo is an award-winning journalist and commentator. He writes at http://www.aaldef.org/blog

Community College Chancellor Nominated for Under Secretary of Education