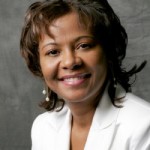 After the Supreme Court’s second hearing with the Fisher vs. UT-Austin case almost two weeks ago, debates about affirmative action and nature vs. nurture were revived.

“There are those who contend that it does not benefit African-Americans to get them into the University of Texas where they do not do well, as opposed to having them go to a less-advanced school, a slower-track school, where they do well,” Justice Scalia stated. Scalia’s assertion that Blacks would be better off if they did not gain admissions to higher ranking and White elite schools fueled what should be passe assertions and retired debates as we enter 2016.

This specific course case has strong connections to what is taking place in gifted education and Advanced Placement classes nationally. In their report on College and Career Readiness, the Office for Civil Rights indicated that White students are 49% of public schools yet 62% of gifted programs.

The Fisher vs. UT-Austin case interests me professionally and personally.

I am a product of low-income and urban schools, having grown up in Cleveland, Ohio. Unlike many of my Black classmates, teachers recognized my potential. I will never forget being in junior high school where administers and teachers spoke with me and my mother about how they needed to ‘save me’ from this specific school system by sending me to a private high school. I have always wondered why I was worth saving.

I eventually attended a private school for girls in the 10th grade. I did well academically but struggled socially and emotionally. Educators’ expectations of me was the problem. I did not fit in racially or economically, as I share here and elsewhere. I left after one year. I was recruited but not retained.

The dual focus must be on desegregating and integrating education. Once economically disadvantaged and/or students of color are recruited to gifted education programs and elite colleges, what is being done to support them? Are there teachers and faculty, from all racial backgrounds, who understand their challenges and provide support? Where can such students go for social-emotional counseling and guidance? Is there is a critical mass relative to diversity for Black and under-represented students to feel a sense of belonging?

I was ‘fortunate’ enough to be identified as gifted and have benefited from such access and opportunities. Most telling is that I have taught at four very prestigious universities ― universities where I might not have even met admissions criteria as a student ― Black or otherwise. The irony is blatant. I received all degrees from Cleveland State University (CSU). I did well on the SAT an as undergraduate but did not score 1000 on the GRE. CSU, not an elite college, saw potential in me.

The way students are identified for gifted programs and elite colleges is strikingly similar. How are gifted students identified? In the majority of schools, teacher input is the initial step for screening.

On the surface, it seems like common sense and logic that teachers should have input into who gets into gifted programs. They spend at least seven hours each school day with students. However, teachers, 85% of whom are White nationally, are often gate openers for White students but gatekeepers for Black students. Study after study shows that Black students are under-referred by teachers, who also rate them low on checklists and nomination forms, and write lukewarm letters of recommendation.

Generally, if not referred, then students are not screened. Teachers’ views are subjective; they are mere opinions, but these opinions carry much weight in the decision making process in gifted education (and college). Most teachers have no training in gifted education; the majority of colleges offer no such courses or programs. This begs the question of what do teachers base their views? And very few schools have coursework that prepares teachers, again, the overwhelming percentage of whom are White, in multicultural education.

It ought to be clear that when teachers have little to no training in gifted education and in multicultural education, the probability of Black students having access to gifted education is very diminished. The college access pipeline is not just leaky it is broken. White students taking these more rigorous classes are being prepared for AP classes and, thus, for elite colleges. The pipeline is being primed for at least 10 years, as many gifted programs begin in the second grade.

Subjectivity is not the only problem in this broken pipeline to elite colleges. So called objective measures, such as tests, also contribute to under-representation in gifted education, as they do in college. The ‘jury’ is still out regarding whether tests are equitable (e.g., IQ tests, SAT, ACT, GRE) for students who are low income, Black, Hispanic, and whose first language is not English. These students are warehoused in low-performing schools with less experienced and less qualified teachers, along with funding and resource gaps. It is little wonder they score lower on tests ― not due to lack of motivation, potential and intelligence, but due in great part to poor educational opportunities. Affirmative action will not solve educational injustices, but they buffer the effects of discrimination and increase opportunities that might otherwise not exist.

Social injustices exist in education and they compromise the experiences of Black students. Blaming the victim is counterproductive and does not move us further as a nation. We need to support rather than do more harm.

Finally, we cannot forget the power of education to change students’ lives and do all that is possible, including affirmative programs, to make sure that education remains an equalizer. I am a professor, an accomplished Black educator, because my teachers knew this and opened doors. They saw potential and gifts in me, despite my zip code and skin color. I urge all educators to do the same.

Dr. Donna Y. Ford is a professor in the Department of Special Education and Department of Teaching and Learning at Vanderbilt University.