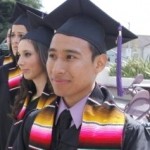 The number of colleges and universities identified as Hispanic-Serving Institutions (HSIs) rose 7 percent in the 2014-15 academic year as compared to the previous year, according to a recently released annual analysis conducted by Excelencia in Education.

The Washington, D.C.-based organization, which focuses on accelerating higher education success for Latino students, found that HSIs enrolled 62 percent of all Latino undergraduates in the U.S. and that these institutions are concentrated regionally as more than two-thirds of all HSIs are in California, Texas or Puerto Rico.

“Accelerating Latino student success requires better understanding the institutions where students are choosing to enroll,” said Excelencia President Sarita Brown, whose group has been statistically tracking HSIs and providing analysis since 2004. “(This) release is part of an unprecedented body of data on HSIs we continue to analyze in conjunction with institutional practices, policies and leadership that serve students’ academic aspirations and increase degree completion.“

Among the other findings: