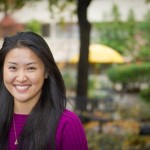 Dr. Ya-Chih Chang, an immigrant from Taiwan, followed her parents’ path by going to college, for her at the University of California, Los Angeles (UCLA). She has gone a step further, teaching special education courses to graduate students at UCLA as a postdoc and, now, graduate and credential students at California State University, Los Angeles.

“I never knew that I was going to teach at a college,” Chang, 33, says. “I took a class as an undergrad on autism, and then I got really interested in that, so I started taking a lot more classes.”

Because of that one class taught by Dr. Connie Kasari, autism became Chang’s academic specialty.

“It was actually Intro to Special Education,” Chang says. “The professor who taught that undergraduate class was my graduate adviser. She talked a lot about autism in that class because that’s her specialty.

“What is so interesting about autism is it’s a spectrum disorder. I was exposed to kids who were minimally verbal, who didn’t have any language at all, or kids who were really verbal but didn’t have social skills,” Chang explains. “So it’s not just like, ‘Oh, you could only [do] one thing with one particular child.’”

During her senior year, Chang developed an interest in research, which she conducted off site at the Lanterman Regional Center.

“My two years I was spending basically every day in a preschool classroom,” Chang recalls.

Then, fortuitously, a position in early childhood education opened in the Division of Special Education and Counseling at California State University, Los Angeles. Chang, seeing it as a good fit for her postdoc research, took the job in 2014. She instructs master’s students and candidates for teaching credentials in the methods of teaching children with autism.

Chang’s work is also distinguished, Menzies notes, by an interest in helping children with autism learn to build friendships—rather than focusing solely on academic skills.

“She is taking a more global approach, I think, in really trying to improve the quality of their lives and thinking about ways that teachers can be instrumental in helping students develop those pragmatic and communications skills,” Menzies says.

In September, Chang was one of four trainers of a workshop in Guangzhou, China, co-sponsored by the World Health Organization and Autism Speaks to instruct doctors and other mental health specialists—for example, behaviorists and speech language pathologists—in how to train others in their country to work with families whose children have autism.

“­The United States, we are kind of a leader in the field of working students with disabilities,” Menzies says. “So to go internationally and share that knowledge and help train people in other countries, it’s really important.”

Chang intends to do more training—in this country.

“My research is really still tied into early intervention work with families and teachers as well as other school personnel,” Chang says. “The idea that I eventually want to do is train paraprofessionals, because a lot of times they are the ones who become the one-on-one aides who are working with the child with special needs. So I do want to have some kind of training program for them as well.”