Malagon Embraces Her Role of Facilitating Brilliance in the Community 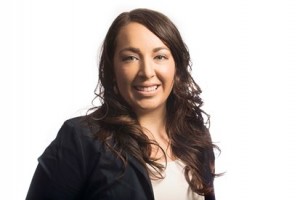 Growing up in Orange County, California — widely considered the hub of political conservatism — Dr. Maria C. Malagon was the first in her family to go on to college and graduate.

Born to Mexican immigrants, her parents always valued education and the opportunities they knew it could provide for their three children.

“I didn’t know what to expect,” says Malagon, who had also worked for the city of Santa Ana in a number of administrative support positions that focused on youth educational programs. With this work, she could have easily carved out a career as a civil servant.

But Malagon, whose passion about issues relating to immigration and education was looking for a different trajectory, thought she saw value in her community organizing work as a representative for city government.

“I didn’t feel like I was transforming a problem, but just representing the status quo,” she says of her time at City Hall. “I felt it was important to continue on the academic path and to ask more critical questions.”

While at UCLA, she befriended Dr. Daniel Solorzano, a professor of education at UCLA, who would go on to become her mentor and later, dissertation adviser, when she began work as a doctoral student at UCLA.

After completing a postdoctoral fellowship and working for five years as an adjunct in the Chicana and Chicano studies department at California State University, Fullerton (CSUF), Malagon was hired as an assistant professor of sociology.

She is in her first year as a tenure-track faculty member at the minority-serving institution.

“I love my job,” says Malagon, whose current research interests include critical race theory and Latina/o critical theory, racialized masculinities in education, remedial and alternative education and urban youth identity and resistance. “I love the university mainly because of the students.”

CSUF is located a few miles from where she grew up; a large number of students at CSUF are also Latino.

“I feel like I deal with students that don’t have a sense of entitlement but who are brilliant,” says Malagon. “I love being an educator that facilitates their brilliance.”

While faculty at CSUF normally teach a 4-4 teaching load, Malagon has a reduced load of two courses each semester for the first year. The time, she says, has allowed her to focus on research and to commence work on a book that explores the experiences of Mexican American girls in a California reformatory school during the 1940s.

“Maria is a high-quality rising star, who has a strong commitment to students in general, but also to first-generation students, students of color, low-income [students], veterans, transfer students etc., especially at a minority-serving institution and Hispanic-serving institution,” says Dr. Alexandro José Gradilla, an associate professor and dual chair of Chicana/o studies and African-American studies at California State University, Fullerton.

He says the selection of Malagon as an Emerging Scholar by Diverse demonstrates that “she is fully committed to the mission of the CSU — to being an active, productive scholar and who engages the university community and off-campus community as well.”