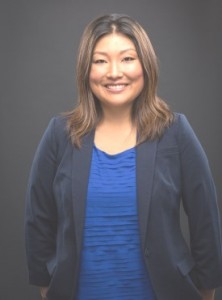 Apparently, the Wheaton College administration believes that caring for the “oppressed and the marginalized” and respecting “dialogue with people of other faiths or no faith” means parting ways with their first female African-American tenured professor after she stated that Christians and Muslims worship the same God.

In December, Wheaton announced that Dr. Larycia Hawkins’ (Doc Hawk) comment on social media conflicted with their Statement of Faith. Last week, a joint statement was released, revealing that Doc Hawk had agreed to leave her college of six years.

I attended Wheaton College for two years. The school was academically rigorous and filled with a lot of fantastic and supportive people. However, Wheaton fell very short when it came to diversity. The student body was almost exclusively White, evangelical, Republican and heterosexual. During my tenure there, a philosophy professor was fired for converting to Catholicism — clearly, the college has remained unwavering in its stance to uphold what they believe is the “correct” Christian interpretation of the Bible.

Here is the overarching problem: Wheaton maintains that they are committed to creating a diverse community, but how can they expect to achieve diversity if they remain unwilling to listen to differing voices?

If PWIs are serious about increasing their campus diversity, and not just concerned with meeting minimum quotas, they should take note of some effective ways MSIs serve their students.

This does not mean simply interviewing, or even hiring, a professor of color. Diverse faculty members at PWIs often feel isolated and unwelcome, and many eventually opt to leave academe. Institutional leaders need to educate existing faculty on the importance of diversity and how to best provide a support system for their peers of color.

By prioritizing student learning and development, faculty and staff at MSIs often create different ways to help students prepare for and succeed in college-level classes. Many ANNAPISIs, for example, emphasize programs in student services, curricular and academic development, and resource and research development. This provides students with a wide variety of venues in which to seek help or support without being judged or stereotyped.

Critics may interpret these actions as faculty coddling their students, but this is an unfair and narrow-minded assumption. MSIs strongly believe their students are capable of becoming educated and effective leaders, and serve to provide them with necessary support. Low-income students may see higher education as their ticket out of poverty, but only if they are able to complete their degree. Faculty become, for many students, their No. 1 advocate and source of inspiration.

To leaders at PWIs — if you do not to see MSIs as rigorous institutes of learning, and thus, refuse to learn from them, you should openly acknowledge your egotistical and prejudiced attitude. MSIs have repeatedly experienced success with their students, and predominantly serve a diverse and underrepresented population. If you choose to only fill your institutions with like-minded people, at least stop talking about the importance of access and diversity in education.

Jessica Fry is a master’s candidate at the University of Pennsylvania Graduate School of Education. After graduating in May, she will continue to research issues related to diversity and identity in higher education.