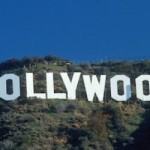 Whether you are a fan of Hollywood, or Chris Rock, or none of the above, it’s important to understand the impact of what we see on screen—and what it means for our next generation of P-20 students.

A recent report from the Media, Diversity and Social Change Initiative at the University of Southern California’s Annenberg School for Communication and Journalism highlights the “whitewashing” of Hollywood films. In essence, the report found that, even when there are roles available for minorities, they are given to White actors who then “dress the part” to pull it off. The roles the report mentions go above and beyond the old-school blackface that White actors used to throw on in film’s earliest days. Some are simply characters that were historically of color but were changed to have Caucasian characteristics in the films.

If you’ve been paying any attention to Hollywood over the past decade, none of these findings is shocking. In one of the most purportedly progressive industries in the world, women and minorities get much less screen time, talking time, and pay than their White, male peers.

So what does all of this mean when it comes to our college students? How does something as seemingly insignificant as Hollywood affect diversity in higher education?

We already know that there are just not enough roles for Black actors in movies or on television but let’s break that down a little further. Think about some of the most popular movies that showcased college students in the past decade ― Neighbors, Old School, Van Wilder. In the spirit of classics like Animal House, these movies represented the fun side of earning a college degree in a constant state of inebriation but most of the students were White. You can probably spot a token minority character in each, but the lead roles all went to White males who, despite their often ridiculous antics, were still awarded degrees in the end. If they weren’t awarded degrees, they still landed on their feet with some other sort of job (unrealistic for all college students). The problem with leaving Black students out of this college conversation on film is that it subtly sends a message that a higher education is something reserved for White, privileged men (and some women, too).

The scenario doesn’t improve when movies graduate to the adult world. When you think of a Black man in a movie that is set in contemporary times, what role comes to mind? A police officer or detective? A drug dealer or pimp? How about a Black woman? With the exception of breakthrough roles like Viola Davis’ lead in the hit TV series How to Get Away with Murder, there are not a lot of women in professional roles on-screen. As already mentioned, even roles that could feasibly be played by people of color are given to White people who are then praised for their outstanding performances acting like a person totally different from whom they actually are. In truth, minorities are a vibrant, important part of the American workforce. They are professionals (who aren’t always in law enforcement), teachers, CEOs and small business owners. Where are these characters on screen?

The problem with slave movies

Even historical films have their issues when it comes to the way diversity is portrayed. Hollywood likes to pat itself on the back for films like Twelve Years a Slave but do they really represent progress? These movies certainly tell important stories, but they provide roles that show Black actors in a stereotypical light. Why have the only Black-led films to win Best Picture awards centered on slavery? It’s almost as if Hollywood has decided that, to fix this problem of diversity on screen, movies that have “Black” roles need to be made.

That’s not the entire solution though. How about making that lead fictional character who is a teacher a Black actor? Or writing in stage directions that all crowd scenes be half minority and half women? Putting Black actors in a ready-made film category is part of the problem; it further distances them from the mainstream movie industry. It essentially sends the message that only explicitly Black roles go to Black actors—and that hurts the overall portrayal of diversity everywhere, including on college campuses.

Solving the Hollywood diversity problem won’t directly improve inclusion on college campuses, but it certainly can’t hurt. As higher education professionals, we should support the push to change what we see on screen—and point out the problem whenever possible to our students of all races and ethnicities.