Career Undermatching: The Higher Ed Issue You Need to Know About - Higher Education

Career Undermatching: The Higher Ed Issue You Need to Know About

Today I’m coining a new phrase, career undermatching. My goal is to start a serious conversation about ways to launch talented, educated, low-income young adults into good jobs. Without the right language, that conversation can’t happen.

Career undermatching describes the phenomenon in which talented, college graduates from low-income families wind up in jobs that don’t match their abilities or ambitions. Instead, they work in jobs that are less stimulating than they want, below their skill set and qualifications, offer lower pay scales and provide fewer opportunities for advancement. 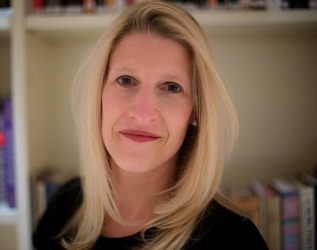 You may already know about college undermatching, the phenomenon in which talented, low-income students attend less competitive colleges than their academically equivalent peers. That phrase burst onto the scene in the 2009 book Crossing the Finish Line: Completing College at America’s Public Universities. Since then, it has triggered widespread discussions, research projects and experimental initiatives all aimed at fully understanding and solving the problem. Funders, universities, nonprofits, and federal and state governments all have invested millions of dollars, sometimes with promising results.

Career undermatching is a different challenge. It applies to young people who are working hard to find a job but haven’t been taught how to make the system work for them or to recognize and market their own skills and strengths. It doesn’t have to do with accepting a job for which you are overqualified because a weak economy has hurt the job market. Instead, career undermatching is an insidious force created by all of the things that don’t happen if you come from a low-income background, or are the first in your family to go to college or are a new immigrant or, sometimes, if you are Black or Brown.

Here are some of the things that don’t happen. Nobody tells these young people about the wide array of career options they can explore or introduces them to professionals who can show them around workplaces. They don’t learn about high school internships so that they can begin to explore careers early enough to make the best academic choices for themselves. Nobody offers to pay them to spend summers interning in prestigious place, like on Capitol Hill or in New York City’s fashion scene or the Hollywood entertainment community. They aren’t encouraged to apply for jobs that are more challenging and more competitive than the ones they had in mind. Nobody makes the personal connection necessary to get an interview at many elite workplaces. I could go on, but you get the picture.

The United States has struggled for decades to level the playing field for low-income students, focusing first on high school graduation and now on college access. The next challenge is upon us. As these students attend college, the career undermatching crisis looms because these students don’t just need diplomas; they need careers. We continue to operate under the false assumption that students graduate from college prepared for the workforce. This couldn’t be further from the truth.

Biases baked into our culture mean that low-income, first-generation and students of color face career barriers that middle and upper class students can’t imagine, even when they all graduate with the same GPAs from the same schools. Research has shown that applicants with black-sounding names get fewer callbacks than those with white-sounding names, even when they have equivalent credentials.

The hard fact is that our meritocracy is a myth; it exists for some people but not for others. The reality is that 80 percent of people find jobs through people they know. This perpetuates a closed cycle in which only certain people get access to certain jobs. Some of the largest companies have codified this with referral-based hiring policies. Even the best-qualified candidates can’t get through the door if they don’t know the right person who can open it for them.

This closed cycle is exacerbated by the fact that people tend to hire people like themselves. Hiring managers frequently cite “fit with the company culture” as a reason for offering positions to people who look and act a lot like the company’s current employees. A study by Northwestern University’s Kellogg School of Management found that employers sought candidates who were not only competent but culturally similar to themselves. In practice, this perpetuates a culture of “sameness.”

Having the right internships in high school and college also matters enormously. A recent study found that internship experience increases the interview rate by 14 percent, boosting job prospects. This means that students with limited access to internship programs are handicapped, especially the millions of students who can’t afford to take unpaid internships or to pay their colleges for credit-bearing ones. In some fields—fashion, film and the federal government to name a few—almost all internships are unpaid.

It’s assumed that college career centers are preparing students for entry into the workforce. That is often false. Career centers provide a range of valuable resources, but they are rarely equipped to guide students who have no previous exposure or experience to the world of work. On average, college career centers have one counselor for every 859 students, so advising time is a scarce resource. Often, the advice is not only too little but also too late. Many universities require students to apply to specific programs before they even arrive on campus. Want to be an engineer or a doctor? You better know that by your junior year of high school so you can apply to the right college program.

It is time to look squarely at the problem of career undermatching, study it, challenge it, innovate to solve it, and finally equal the playing fields for low-income young people. There are several models for programs that include mentoring, paid internships and career skills development that could be studied, tested and scaled. Coining the right term to define the challenge? It is only the first step.

Jessica Pliska is founder and CEO of The Opportunity Network, a nonprofit guiding low-income youth to college and career success.

Learning, Diversity and the Road Ahead