How to Cultivate More Diversity in College Coaching - Higher Education

How to Cultivate More Diversity in College Coaching 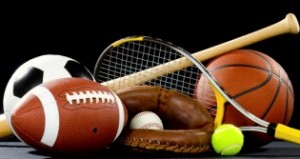 If there was ever a space to easily incorporate more diversity on college campuses, it’s in athletics. From physical trainers to marketing offices to head coaching spots, it’s a sub area of the college landscape that benefits greatly from varied backgrounds and points of view.

Richard Lapchick of the University of Central Florida has published his Racial and Gender Report Card: College Sport since the early 2000s. Lapchick is director of The Institute for Diversity and Ethics in Sport (TIDES) at UCF, and his latest version of the report evaluates racial and gender issues in college sports in 2014.

The latest report has the worst combined grades for racial and gender hiring numbers for college sports since the report was first issued. Of the dismal stats, Lapchick said: “It was especially bad news that the opportunity for people of color among men’s and women’s basketball head coaches declined significantly.”

According to the numbers, and Lapchick himself, the state of diversity in college coaching is actually getting worse.

So how did we get here? Colleges are supposedly some of the most progressive places in the nation, and we continue to see problems with hiring practices when it comes to racial and gender diversity—in administrations, in tenure-track professorships, and in athletics. Perhaps the more important question, though, is what we should do now to improve the diversity in college athletics, especially coaching. Colleges can take a few immediate steps to try to remedy the situation, including to:

Take a cue from pro sports

While professional sports certainly have their own share of diversity problems, they at least have some policies in place to turn that tide. The most visible of these is the Rooney Rule, a National Football League policy that makes it mandatory for all teams to interview minority applicants when head coaching or senior leadership positions are open. There are certainly those who have pointed out and, rightly so, that the Rooney Rule isn’t having as big a positive impact as intended. Still, the mere awareness the publicity surrounding it has brought to the lack of diversity in the NFL, and other professional sports leagues, is worth noting. Colleges should do the exact same thing, and they should start by looking at the candidates already working in their programs or athlete alumni members.

Leadership on college teams doesn’t just happen from above. There are players within the team ranks who rise above and exhibit traits worthy of leaders. These players may not always have the best stats, or the most acclaim, but they are evident in the way they treat their teammates and strategize the game. When coaches see these players, they need to speak up and encourage these young players to consider coaching later on. Colleges need to take it one step further and offer coaching-track training for these players and recruit them before they ever step off the playing field.

The head coaches get most of the spotlight when it comes to sports, professional and college, but there are plenty of other opportunities for diversity. A college that truly wants diversity at the highest levels of sports organizations needs to start by looking for opportunities to hire minorities and women in the lower spots, too. By doing this, colleges can build a feeder system of diverse candidates who can aspire to the highest positions and will arrive at them more than qualified.

It’s common for men to be head coaches on women’s teams but incredibly rare for women to coach men. At the very least, women should be coaching their own sports. There are plenty of positions that women are more than capable of filling in the positions on the way to top spots, too. Rather than writing off college sports as too tough or “manly” for women, the culture surrounding it needs to shift to view the input of women as equally valuable as their male counterparts.

Diversity in college coaching won’t just happen on its own. It will take targeted initiatives from individual colleges and universities and the entire college athletic system as a whole. That starts with recognition of a problem and the right leadership to step up and vow to better the situation.