Only Half of U.S. Students Taking ‘College-Ready’ Courses - Higher Education

Only Half of U.S. Students Taking ‘College-Ready’ Courses 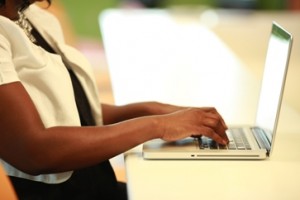 Despite all the emphasis being placed on “college and career readiness,” only about half of all U.S. high school students actually take the sequence of courses they need to be considered ready for college and careers, according to a new report released today by the Education Trust.

“Rather than ensuring students have access to a cohesive curriculum that aligns high school coursework and students’ future goals, high schools are prioritizing credit accrual, which treats graduation as the end goal,” states the report, titled, “Meandering toward graduation: transcript outcomes of high school graduates.”

The problem is particularly pronounced among students from low-income families.

Specifically, whereas 82 percent of White students completed a college-ready curriculum with at least a 2.5 GPA, only 63 and 51 percent of Latino and Black students, respectively, completed a college-ready curriculum with a 2.5 or higher. The gap between low income students and their more affluent counterparts was similarly wide: 64 versus 80 percent, respectively.

Marni Bromberg, a co-author of the report and a senior research associate at the Education Trust — a Washington, D.C.-based organization that focuses on improving academic outcomes for low-income and minority students — said that the lack of college- and career-ready course-taking is a problem that must be solved by a variety of stakeholders, not just one group, such as guidance counselors or principals.

“No one is absolved from making progress on improving college- and career-ready outcomes for students,” Bromberg said.

She said that the socioeconomic gaps in grades — which reflect mastery of the subject matter — are the result of a “complex mix of metrics and behaviors.”

“We think student effort may play a role, so do policies and practices,” Bromberg said. “But ultimately grades represent if you have mastered the material, which we think is determined by how educators support and engage their students.”

The report, released Monday, offers up a variety of explanations as to why 47 percent of America’s students are not taking a college- and career-ready curriculum. The factors range from lack of taking an adequate amount of math, foreign language and science courses to outright course failure.

It asks a range of questions that school district leaders should explore to make sure all of their students are taking a college- and career-ready curriculum, such as whether students are choosing to study career courses that may be interesting but which also “foreclose other opportunities later on.”

It also calls for guidance to students to not just focus on credit accrual and graduation as the only goals. School leaders should analyze transcripts to identify high rates of course failure so that they can remedy the situation, too, the report recommends.

“This is hard work. This is challenging work,” Bromburg said. “We’re talking about a really big shift in how high schools are organized and structured.”

HBCUs Still Waiting for Solution to Parent PLUS Loan Crisis

Bishop State investigation at center of Alabama furor over “fuhrer”