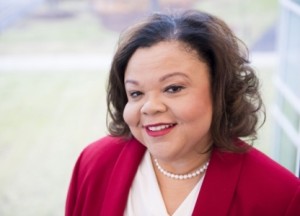 Lenora Green is executive director for the Center for Advocacy and Philanthropy at the Educational Testing Service.

CAMDEN, N.J— It has long been assumed that girls of color are faring much better than their male counterparts. But that’s not necessarily true, experts say, drawing new attention to the daunting challenges that young girls of color face as they progress through adolescence and go on to enroll in college.

Several hundred academicians, public policy officials, philanthropists and community advocates gathered at the Camden campus of Rutgers University last week to focus a broader public spotlight on the plight of young girls of color. It was the latest in a series of national initiatives designed to advocate for girls of color who are often left out of the national dialogue.

The two-day conference titled “Bright Futures: Improving Education and Transforming Outcomes for Girls of Color” was convened in the wake of a 2014 report by the National Women’s Law Center that outlined numerous disparities that persist for young girls of color.

“When I read that report, I thought, ‘Oh wow,’ says Lenora Green, executive director for the Center for Advocacy and Philanthropy at the Educational Testing Service (ETS), which convened the conference. “As an African-American woman, I thought I knew a lot about African-American girls. But there was so much that I didn’t know.”

From the rise in the number of girls involved in the juvenile justice system to increasingly low performances on student assessments, there was “so much in the report that was so sobering,” says Green. She says she knew she had to take action.

Using her platform at ETS, she partnered with Phoebe A. Haddon, chancellor of Rutgers-Camden, to convene the conference with the goal of developing solutions aimed at “moving the needle” on the myriad of issues that impact young girls of color.

In recent years, President Obama’s “My Brother’s Keeper” initiative has brought the issues of young men of color to the national forefront, but experts—including well-known academicians like law professor Kimberlé Williams Crenshaw—have long advocated for policy makers and thinkers not to exclude girls of color from the ongoing conversation.

“A lot of attention has been focused on our boys, and that’s a good thing,” says Green. “But how are our girls doing? When you look at the data, they are not doing so well.”

At the conference, representatives from New York City’s Young Women’s Initiative talked about a new effort that was created and funded by City Council Speaker Melissa Mark-Viverito to identify gaps in services for young women of color between the ages of 12 and 24. The initiative brings together leaders and organizers who work with teens and young adults and advocate for them in all aspects of society, with the goal of crafting policy recommendations that specifically address racial, gender and other disparities.

“We are centering young women themselves by recognizing their power,” says Amanda R. Matos, 24, a community organizer and activist who was selected to co-chair the group’s advisory council.

Growing up poor in the Bronx, Matos says that she witnessed young girls struggling with their health, their financial status and efforts to stay safe amid ongoing violence from men.

She also says that the number of positive Latina role models were few.

“I had J. Lo growing up but that was it,” she says of the famous actress, dancer and singer. But, by 2009, something had changed. Sonia Sotomayor was appointed to the U.S. Supreme Court, and Matos won a full scholarship to Columbia University.

“I felt icky having so much privilege,” she says of her time at Columbia. “But I realized I could use this new privilege to do the work that interests me.”

Now, Matos is the co-founder and executive director of the WomanHOOD Project (Helping Ourselves Overcome Discrimination), which is an innovative after-school mentorship program for young women of color in the Bronx.

Several speakers, including Helen Zia, the former editor of Ms. magazine, say that too much bias and stereotypes are at play when it comes to girls of color.

“A lot of things haven’t changed for girls of color,” she says, referencing gender discrimination that still exists in society. “The point of today is how to overcome them and make systemic change.”