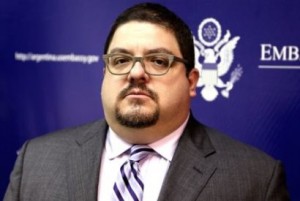 Mark Hugo Lopez is director of Hispanic research at the Pew Research Center.

The Hispanic population is the fastest-growing demographic groups in the country. Today, Hispanic students make up nearly one-quarter of all public school enrollments. By 2036, they are projected to make up one-third of the nation’s 3 to 17 year olds.

As the progression toward becoming a country that is “majority-minority” continues, Hispanic students will increasingly be a presence in K-12 and postsecondary classrooms. Their success also is inextricably tied to the economic health and prosperity of the nation.

Professors and business leaders convened at Northeastern University last Friday to discuss opportunities to diversify the field of business by enhancing Hispanic educational attainment. The summit was sponsored by the White House Initiative on Educational Excellence for Hispanics and the PhD Project.

Despite gains in that area, Latinos remain underrepresented in academe, particularly in terms of business Ph.D. attainment.

“One of the things that is critical to how we frame this discussion is we are not here talking about quotas, reparations and doing good,” said Dr. James C. Bean, provost and senior vice pres­i­dent for aca­d­emic affairs at Northeastern University. “We’re here talking about national security, good business, serving customers [and] institutional viability, because this is really an example [that] no business, no educational institution can ignore the significant demographic trends that we’re seeing here that are now imperiling their own existence.”

At the summit, John Barros, chief of economic development for the city of Boston, shared some startling statistics from a Federal Reserve Bank of Boston study on wealth inequality by race.

“The biggest threat for economic growth in our country is in the growing disparities in our economy,” Barros said.

Boston has some of the U.S. highest levels of income inequality, after Atlanta and San Francisco, according to the Brookings Institution. “Boston is booming, except the Hispanic population is not,” Barros said.

Improving educational opportunities for all people has obvious long-term economic benefits, but the Hispanic population faces a number of specific challenges toward college or graduate degree attainment.

“Latinos are less likely to enroll at a four-year institution first; they’re more likely to enroll at a two-year,” said Mark Hugo Lopez, director of Hispanic research at the Pew Research Center, adding, “So you can see there are perhaps some challenges. Two-year institutions are not a bad thing, but perhaps there are some challenges if we want to get more people to finish a college degree.”

“Hispanic young people are finishing high school at much higher rates than they used to,” Lopez said. “One other interesting thing — a greater share of Hispanic high school graduates today are deciding to go to college than ever.”

The Journey for Jackson State