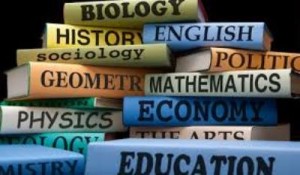 “Transfer outcomes for students who start at community colleges are frankly deplorable,” Josh Wyner, vice president and executive director of the College Excellence Program at the Aspen Institute, said in a phone interview on Friday.

The Transfer Playbook: Essential Practices for Two- and Four-Year Colleges, a report produced by the Aspen Institute and the Community College Research Center (CCRC) at Teachers College, Columbia University takes a closer look at community college transfer outcomes. They found that when both two- and four-year schools take ownership of easing the transition between institutions for students, the results tend to be much better.

“Colleges have to start thinking about students before they arrive and after they leave,” Wyner said, adding that while colleges are typically concerned with enrollment, they are now also facing pressure to be accountable for student outcomes.

Many states promote articulation agreements between two- and four-year schools, which are intended to ensure that credits earned at one institution will carry weight at institutions they later apply to or transfer to. The report found that in addition to statewide policies, strong relationships between community colleges and universities helped tailor course offerings and credit transfers to ensure that students were able to move between two- and four-year schools.

“We have often acted as though state policy alone can solve problems,” Wyner said. “I think what our research is showing is that institutional practice does as much, or more, as does state policy.”

According to the report, three broad strategies were noticeable in examples of successful community college and university transfer partnerships. First, institutions must make transfer student success a priority, from their first day at a community college to their graduation from a four-year school.

One way that community colleges might prioritize the needs of their transfer students is to design their courses to match course requirements at a corresponding university, the report said, adding that community colleges and universities are best served when presidents, deans, and faculty, communicate across institutions about course requirement changes and other salient information.

Secondly, institutions must create clear pathways for transfer students, at both the two-year and the four-year institution. At Everett Community College, in Washington, students are provided with a course map which shows which classes they must take in order to qualify for junior standing at Washington State University. Other community colleges and universities across the country have created their own, similar course mapping tools.

Finally, the report found, community colleges must provide tailored advising to prospective transfer students. Specifically, community colleges can help students determine their academic interests early on, along with majors of study and which institution they plan to transfer to. Colleges can also track students’ progress, and intervene if they show signs of falling off track.

While building relationships between community colleges and universities typically takes effort from multiple institutional stakeholders, the incentives are already in place to do so. Public institutions of higher education are increasingly tuition dependent, as states disinvest in the infrastructure of education, meaning that community colleges will be an increasingly attractive, and affordable, option for students. As a result, institutions will be incentivized to build strong transfer paths to keep enrollment numbers steady.

“As tuition increases and families have to pay more out of their own pockets, students who in the past maybe would have gone straight to the state university, are going to the community college. This was clear at many of the institutions that we visited,” said Dr. Davis Jenkins, senior research associate at CCRC.