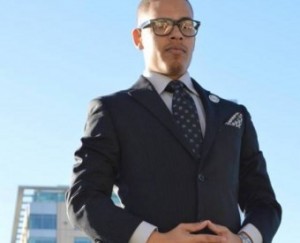 Seven months after California Gov. Jerry Brown vetoed a controversial bill that would mandate the teaching of ethnic studies in public schools across the state, a new bill calling for the instruction of ethnic studies is gaining momentum, with sources close to Brown saying he will likely sign it if it appears on his desk.

Assemblyman Luis Alejo, a Democrat, has sponsored a bill (AB 2016) that would require every school district and charter school serving high school students to offer an ethnic studies course beginning in the 2020-21 academic school year. The bill was approved by the Assembly Education Committee in April, and now requires approvals from the Assembly Appropriations Committee, the entire Assembly and from their counterparts in the state Senate before it reaches Brown’s desk for a signature.

Some activists and educators say that the proposed mandate is long overdue.

“Why is it that I learned more about George Washington than Booker T. Washington?” asks Rev. Shane Harris, the 23-year-old president of the San Diego chapter of National Action Network, the civil rights group founded in 1991 by the Reverend Al Sharpton. “Students should not have to wait until they go to college to learn about the spirituality, humanity, and cultural history of ethnic communities in the United States.”

Harris, who has been leading the charge in support of Alejo’s bill, recently met with Brown in Sacramento about the pending legislation and said that the Governor told him that he was supportive of the bill.

“He’s open and willing to sign off on the bill,” says Harris. “And when this happens, it will be a history making moment for California.”

While there have been individualized efforts by school districts across California to push an ethnic studies curriculum, there has been no state issued mandate so far. Last year, Brown vetoed the last piece of legislation saying that it duplicated the work of the Instructional Quality Commission, another state panel that was charged with revising standards to include guidance on ethnic studies courses.

In this regard, the school districts have surpassed heir public university counterparts who have been slashing ethnic studies programs over the past decade.

Officials at the National Association for Ethnic Studies say that it’s difficult to know exactly how many school districts across the country have established ethnic studies programs, compared to offering a course or two. But they also say that there is evidence to suggest that there is growing interest.

For example, the school district in Portland, Ore., announced earlier this month that it will begin offering ethnic studies starting in 2018.  But ethnic studies activists in other states have not been as successful.  In Arizona, the legislature banned ethnic studies courses last year.  The state’s education superintendent Diane Douglas voiced support for the ban. She quipped: “As the country gets excited about the Confederate flag on the capitol in South Carolina, I don’t see why they also would not want to do away with academic segregation and teaching people by their ethnicity rather than as children under the laws of the land and in the sight of God.”

Harris says that efforts to malign the current bill, is an attempt by some to dismiss the contributions of Black, Latinos and other minorities.

“There’s an attack on ethnic studies because if I give you the tools, you become an educated person and you now have the opportunity to excel where you might not have excelled,” says Harris. “There is pushback because there is a fear of changing the status quo.”