When You’re Not a Child: Police Violence and Child Social Justice - Higher Education

When You’re Not a Child: Police Violence and Child Social Justice

On January 29th, 2021, in Rochester, New York, three adult police officers handcuffed and pepper-sprayed a 9-year-old, Black girl before forcing her into a police car. As she refused to get into the car, repeatedly screaming for her father, one of the police officers was caught on body camera scolding her, “You’re acting like a child.” She immediately responded, “I am a child!”

Her pepper-spraying and being forced into the police car follows a series of more tragic cases of Black children in the United States, including that of 12-year-old Tamir Rice, who was shot and killed in Cleveland by the police for playing with a toy gun and 15 year-old Trayvon Martin, who was simply walking in a Miami neighborhood when violently assaulted and killed by a community watchman. 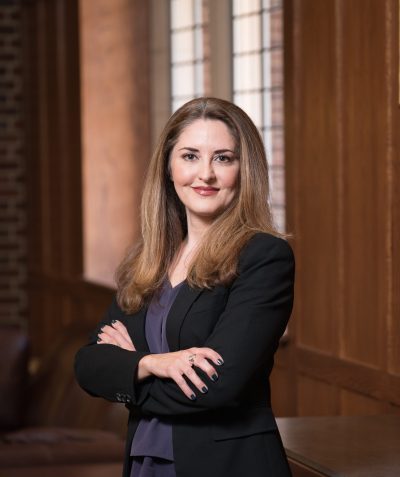 Like these cases, the incident in Rochester has garnered widespread condemnation against the officers. Black Lives Matter protests denouncing systemic police violence quickly erupted in the aftermath of the body camera video releases, and the three police officers involved in the girl’s pepper-spraying have now been suspended. Without any prospects of police reform any time soon, this case should make us question the relations between children and the police.

We assume that in the United States such poor treatment of children is rare, an anomaly. Yet far too often, being a child—especially a child of color—is an unstable designation. Children, like adults, are prone to surveillance and violence at the state and individual level, whether by police or other adults who seek to discipline bodies.

Police reform, therefore, is not just a matter of adult lives, but children’s lives, both here in the United States and abroad.

I am an anthropologist at the University of Richmond. When I was in Cairo, Egypt conducting two years of research on global healthcare with vulnerable children, I worked in a mobile medical clinic that serviced street children. The experience of these homeless children in Cairo echoes that of the girl in Rochester.

The clinic I worked at in Cairo strove to care for children and import children’s rights to Cairo institutions, institutions that supposedly lacked them. One of their main goals was to ensure the police approached street children as “children”—that is, as innocent, vulnerable, and undeveloped individuals.

As time went on in this clinic, and as I closely observed aid workers deliver care, I learned how central police violence was in these children’s lives. This routine violence included hand-cuffing, intimidation, detention, and physical and sexual abuse on par with what adults experience in prison.

I also observed how children resisted their unjust treatment in an assortment of ways. Children in Cairo were very much political and active agents. From small acts of everyday resistance to participating in mass demonstrations, as they did during the Arab Spring protests of 2011, these children made their own calls for social justice.

One clinic patient, who was used to taking care of himself, challenged the adults in the clinic and asserted that he knew what course of treatment was best for him. Another patient proudly flashed a series of razor blade scars on his chest once he entered the clinic. He claimed that he cut himself in order to bleed in front of police officers and thereby avoid detention. For him, self-inflicted wounds were a better fate than detention. These young patients made decisions for themselves that maximized their safety, sense of independence, and personal dignity, though not always in ways that adults agreed were best.

Even as these patients asserted their agency and made decisions for themselves, the irony of their situation is that they were just children, and the healthcare we provided them did nothing to alter the ongoing police violence in their lives. Patients recognized this, and understood that institutions like the state repeatedly violated their bodies. And just like the 9-year-old girl in Rochester, they resisted.

When the police officer in Rochester scolded the 9-year-old girl by stating, in response to her resistance, that she was “acting like a child,” they unwittingly implied that she was not being handled like one to begin with. It confirms that she, just like children in the streets of Cairo, was approached by police as adults. However, with her response—”I am a child”— she reclaims the status of childhood for herself. It’s an act of resistance on her part, and one which renders the entire incident so egregious, even ludicrous, to us. These acts of resistance unsettle our romanticized notion that children are apolitical, and that they are universally protected.

Childhood is a slippery concept. Politics, and particularly race and racism, clearly shape who is and who is not considered a child in the United States. Historian Crystal Webster recently argued in The Washington Post that the tendency in the United States has been to “adultify” Black children, while attributing childhood, as well as innocence and social protection, to white children.

Whether marked by race, class, or gender, the slippages between childhood and adulthood are dangerous. Until we have police reform, they can lead to violence, and even death, for young people who encounter the police.

Dr. Rania Kassab Sweis is an associate professor of Anthropology at the University of Richmond. Her book, Paradoxes of Care: Children and Global Medical Aid in Egypt, is forthcoming from Stanford University Press in June 2021.

Campus Police at Portland State Will No Longer Carry Guns