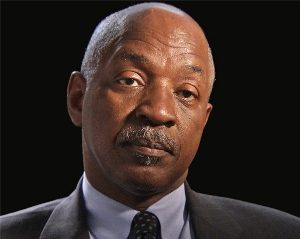 Charles J. Ogletree Jr. has announced that he is battling Alzheimer’s disease.

Charles J. Ogletree Jr.—one of the brightest legal minds in the Academy—known for his mentoring of future Black lawyers, has announced that he is battling Alzheimer’s disease.

Though colleagues and close friends had known of the Harvard Law School professor’s condition for months, Ogletree’s first public disclosure of his diagnosis came at the 50th quadrennial General Conference of the African Methodist Episcopal Church taking place in Philadelphia through Monday.

“I’ve made up my mind to be thankful for what I have rather than focus on what I may lose,” said Ogletree, 63, who once taught Barack and Michelle Obama when they were both students at Harvard during the late 1980s and early 1990s. “Nothing but the grace of God and faith enables me to respond this way.”

Ogletree’s announcement at the AME convention is hardly unusual. For years, he and his wife, Pamela, have been active parishioners of St. Paul African Methodist Episcopal Church in Cambridge. Over the years, he’s invited his students, political figures and reporters to worship with him at church services.

It’s unclear if he will continue teaching at Harvard where he was director of the Charles Hamilton Houston Institute for Race & Justice and has taught since 1992. But news of his condition had Black Harvard law school alumni strategizing across social media over how best to honor him at their annual gathering in September.

“For decades, Charles Ogletree has gone way out of his way to integrate and involve people on the social margins into the fabric of America and Harvard,” said Amos Jones, an associate professor of law at Campbell University, who served as a research assistant to Ogletree as he was building the Charles Hamilton Houston Institute for Race & Justice. “His profound thinking on social problems and his graceful gift of gab, combined with a tireless work ethic, have led Professor Ogletree to build what ordinarily would have called for 100 or more law professors and attorney activists.”

“I remember being glued to the television when Charles Ogletree moderated the Ethics in America panels back in the eighties,” said Dr. Eddie S. Glaude Jr., chairman of the Center for African American Studies at Princeton University. “So clear-eyed in his thinking. He was an inspiration and model for me. All of that came with a generous spirit rooted in humble beginnings. He is a giant among us.”

A skilled courtroom litigator and a prolific author, Ogletree worked for the District of Columbia Public Defender Service after he graduated from Harvard Law School in 1978. A native of Merced, California, he earned a bachelor and master’s degree from Stanford University and was elected president of the undergraduate student body at Stanford in the early 1970s.

As an attorney, he’s represented a variety of notable figures, including Anita Hill, who testified during Clarence Thomas’ U.S. Supreme Court confirmation hearings that Thomas had sexually harassed her during their years working together at the Equal Employment Opportunity Commission.

In 2000, he announced plans to file a lawsuit seeking reparations for American Blacks descended from slaves. In 2003, Ogletree was among a group of lawyers that sued the Oklahoma governor, Tulsa mayor and chief of police on behalf of the 125 survivors of the 1921 Tulsa race riots. The courts dismissed the case, claiming that the statue of limitations had expired.

At the AME convention in Philadelphia, Ogletree was upbeat about his prognosis and said that more must be done to educate the public about the debilitating disease.

“Studies show that African-Americans are almost twice as likely as Whites to develop the disease,” he said. “But, praise God, I made up my mind to be grateful despite the illness. It was something I had not anticipated, and I didn’t know how to respond to it. I never imagined that things like my health would slow me down in such a dramatic way. It was, I must admit, a blessing.”