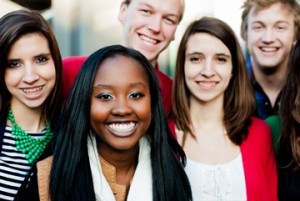 Diversity on college campuses is ever-evolving, thanks in big part to the students who attend. The student population determines the level of advocacy on particular campuses and also the basic makeup of the diversity. As all of us who are a part of the college and university landscape look ahead to the end of this decade, we should be excited about the improvements happening on campuses all across the country.

Here are the four major areas that I predict will see the most change in the higher education realm before the turn of the decade:

The Height of HSIs

Hispanic-serving institutions (HSIs) are colleges with a proven record of assisting first-generation, majority low-income Hispanic college students. These schools provide a needed service to the American college population as the number of Hispanic college students rises faster than any other demographic. In 1972, just 13 percent of Hispanics ages 18 to 24 living in America went to college; in 2012, that number had risen to 37 percent, according to the National Center for Education Statistics. Right now there are 264 HSIs in 15 states and Puerto Rico, but expect that number to rise along with the demand from Hispanic students for college degrees. HSIs must not just recruit Hispanic students, but must provide them the needed support to make it to graduation. As more Hispanic students graduate from these and other institutions, expect to see a more diverse workplace.

The case for looking more closely at the socioeconomic constraints of incoming students when determining admission ratios has been made, particularly in the face of declining affirmative action programs across the country. Even the White House has expressed support of income diversity initiatives at colleges and universities, citing that half of all high-income students have their degrees by age 25 while only 10 percent from low-income families do. Research shows that minorities are more likely to come from poverty or low-income households, so income diversity is a way to also boost racial diversity. As affirmative action programs are being shrunk, eliminated on specific campuses, or completely banned by states, colleges must come up with a new way to give disadvantaged students more opportunities and income diversity may just be the answer. Look for these programs to rise drastically in the next four years.

The 2015-16 school year has been the year of student-led advocacy for fairness and justice on college campuses. Administrators at both the University of Oklahoma and the University of Missouri felt the wrath of students who were outraged over racial discrimination, and in the case of the latter school, the university president ended up resigning. More and more, colleges are realizing that, in the social media-driven age, students’ voices are more powerful than ever before and must be heeded. A proactive approach is the best option, of course, so expect colleges to give more air time to students who are committed to consistent improvement in inclusion, instead of waiting for a crisis to erupt.

On the heel of the largest mass shooting in U.S. history that took place in Orlando at gay nightclub Pulse in June, expect colleges to step up their inclusion efforts when it comes to gender diversity. The nation’s second largest college, the University of Central Florida, is located just miles from where the crime took place and has already stepped up to the plate, with students, faculty and administration asking for more unity on campus and in the community. These inclusion efforts must be about more than LGBTQ+ clubs and support groups; they must be university-helmed and reach beyond students to faculty members.

These predictions are overall trends that I believe impact the university landscape as a whole and will dictate where college diversity goes in the years that follow. Every college will have different diversity goals based on where they are today and who makes up the student population. As we move forward, though, a positive feeling of solidarity will make a difference in how well those diversity initiatives serve our student populations and the community as a whole.