A technology think tank released a report on Monday calling on the federal government to divorce the process of learning and credentialing in the higher education sector. In addition, the report calls for the use of standardized assessments in measuring the abilities and job readiness of college graduates. 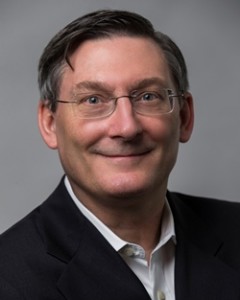 A technology think tank’s report released Monday calls for the use of standardized assessments in measuring the abilities and job readiness of college graduates.

While versions of standardized assessments for college graduates already exist in the form of the GRE, MCAT, and LSAT, the system of assessment proposed by the Information Technology and Innovation Foundation (ITIF) goes several steps further. First, the report recommends that such an assessment ought to be administered by a national certification system, which is not yet in existence. Second, the test would not apply primarily to the performance of individual graduates, but rather measure the efficacy of institutions in educating classes of students.

“…Evaluating what students have actually learned should not be left up to the providers. Rather, third-party organizations should be in charge of evaluating knowledge, skills, and abilities,” the report said. “These systems already exist for vocational occupations such as auto repair, welding, and truck driving and for some professions, such as law and medicine. We need to establish a similar system for the jobs of the future, including those requiring the skills normally associated with a college diploma.”

The assessment would also provide students and parents with a benchmark by which to measure the effectiveness and relative merits of all institutions of higher education, said report author Dr. Joseph V. Kennedy, ITIF senior fellow. Those that continuously failed to produce qualified graduates could then be subject to accrediting sanctions.

“If seniors continuously do poorly that should bring into question continued accreditation,” Kennedy added. “If seniors do great, then people with a degree from that college presumably will be able to command a higher wage, and it would put competitive pressure on the college system.”

Institutions of higher education that are publicly funded, for instance, have faced an erosion of state funding to the point that entire state systems have had to substantially raise their tuition costs. Other, often times smaller institutions that lack sufficient financial resources will have to shut their doors, as has already occurred in places like St. Paul’s College in Virginia and Burlington College in Virginia.

Setting such challenges aside, the report argues that the higher education sector, “has largely been insulated from the pressure to do more with less,” or at least, to a greater degree than other industries. Part of the problem is the assumed intrinsic value of a college degree. All too often, the report argues, what that degree actually means and what value it confers in the marketplace is opaque.

“This lack of transparency regarding outcomes diminishes the incentives schools have to compete on how well they actually educate students, and also the need for students to work hard,” the report said, “Because many know this will have limited bearing on their future employment prospects, as long as they do enough to simply earn a diploma.”

The report argues that the creation of an alternative credentialing system would allow students to make better use of alternative learning options already in existence, such as MOOCs. It would also allow for a smoother transition of two-year college credits towards a four-year degree.