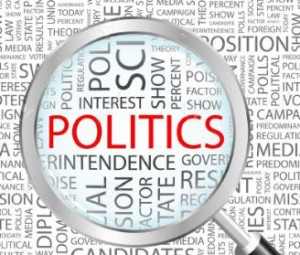 against him, he was tapping into a certain “sentiment of resentment”—including racial resentment—that has permeated American politics since the 2008 election of Barack Obama.

So argues David C. Wilson, a political science professor and dean of social sciences at the University of Delaware.

“By delegitimizing the election system, Trump is tapping into the sentiment of resentment,” Wilson said, defining resentment as being when one is irritated about others who have gotten—whether real or perceived—certain “undeserved, unjust, and often immoral benefits.”

Trump’s suggestion of electoral shenanigans this November could make things difficult for former Secretary of State and Democratic nominee Hillary Clinton if she wins the Oval Office, Wilson said.

“Essentially, he’s done his part and is penalized, and she’s cheated and rewarded,” Wilson stated, adding that such an outcome will make many members of the public “resent Clinton and others associated with her, destabilizing the governing climate of civility and bipartisanship.”

The paper—co-authored with Tyson King-Meadows, associate professor of political science at UMBC, and published in a journal called Electoral Studies—comes at a time of bitter, race-tinged conflict over issues of electoral propriety at America’s polls. It also follows a U.S. Supreme Court ruling that upheld the use of race in college admissions at public universities.

Last month, courts in three states—Wisconsin, Texas and North Carolina—ruled against strict voter ID laws—frustrating proponents who argued the laws were necessary to guard against voter fraud but which opponents said were unnecessary and had a disproportionate adverse effect on racial minorities.

The paper explores the racial dynamics behind support for such voter ID laws and seeks to take a more nuanced approach toward understanding what drives racial resentment in American politics.

For instance, the paper posits that resentful sentiments predispose Whites to downplay racial accomplishment and denounce racial success “not simply because of an overt dislike for Blacks (i.e., old-fashioned racism) but because any discussion of race provides a frustrating and irritating circumstance for Whites to blindly accept.”

The paper revisits the impact of the allegations of voter fraud that swirled around the Association of Community Organizations for Reform Now—or ACORN—and how the media’s tying of ACORN to the ascendancy of President Obama fueled the notion that ACORN “stole” the election for Obama.

The paper also found that racial resentment and perceived electoral malfeasance are “strongly tied to political predispositions and candidate preference.”

Not surprisingly, the paper found that higher levels of both conservatism and Republican partisanship are associated with higher racial resentment and higher beliefs in the prevalence of electoral malfeasance.

“These findings are suggestive of a highly politicized, partisan and ideological, electorate that aligns racial attitudes and skepticism of electoral practices,” the paper states.

But racial resentment was found to be a predictor of perceived electoral malfeasance “over and above political considerations like partisanship, ideology, and candidate preference.”

“Our findings cast doubt on the diminished impact of racial thinking in American politics,” the paper states. “The sustained positive effect of racial resentment on perceptions of electoral malfeasance call into question the extent to which race no longer permeates non-racial facets of the American political system.”

And the problem is not likely to abate, the paper states.

“Fears about malfeasance may serve to reinforce existing negative racial beliefs as voting rights policies continue to be framed as pro-minority or anti-white majority policies,” the paper states. “As a result, racially resentful individuals may see improprieties within the electoral arena as an underlying cause of both Obama’s success and their failure, as well as irritation over the government’s use and justification of race-conscious policies.”

Wilson said that, in suggesting the 2016 election will be rigged, Trump’s strategy is to persuade his supporters to never support Hillary Clinton, or any Democrat.

“However, the catch is that he’s actually not electorally competitive, contrary to popular accounts,” Wilson stated. “Which means he comes across more as a complainer than someone who should justly win but was denied, like Al Gore for example.”

Indeed, according to RealClear Politics, as of Thursday Clinton had a commanding lead over Trump in the polls, 47.4 to 39.7 percent.