The violence that unfolded in Milwaukee last weekend in the wake of the fatal police shooting of 23-year-old Sylville K. Smith is symptomatic of a failed capitalistic system that needs to be replaced by socialism.

That, in a nutshell, is the argument of Ahmed Mbalia, senior lecturer emeritus in the Africology Department at the University of Wisconsin — Milwaukee. 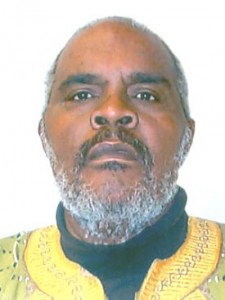 “If you’re going to change the conditions, you’ve got to get rid of that system,” Mbalia said of capitalism, which he described as a “violent and vicious” and “anti-collectivist, anti-humanist and anti-egalitarian” system that has — over the course of the past four centuries — stolen people, stolen land and exploited labor.

“There’s no way you can reform it,” Mbalia said. “You can’t have a house that has a crack in it and put some putty or glue on it and expect it to stand, because it is going to crumble. So you have to look at what comes next.”

Mbalia made his remarks as he prepared for the 28th annual Garveyfest — which he has been organizing for nearly three decades through an organization called Africans on the Move.

The theme of this year’s Garveyfest — named so in honor of black nationalist and pan-Africanist leader Marcus Garvey — is “Why Socialism?”

The event is set to take place from 2 to 6 p.m. this Saturday (August 20) at the Parklawn YMCA, located in one of Milwaukee’s several housing projects and just a mile or so from the scene where a police officer shot Smith this past Saturday.

Scholars and observers have attributed the violence that erupted in Milwaukee after the shooting of Smith to an array of longstanding factors, such as hyper-segregation, high rates of incarceration for Black men, poor performing schools and lack of employment opportunities.

The solution, Mbalia said, is socialism, a political and economic system that — maligned or as detested as it may be by those who espouse of free enterprise and rugged individualism — Mbalia credited with being a liberating force in Africa and in Central and South America, namely, Venezuela and Cuba.

Unlike capitalism, socialism espouses public ownership or control of property and natural resources. Though in theory everyone’s needs are met under socialism, they may not always be, and it has been criticized as being a disincentive for innovation and efficiency.

It should be noted that Milwaukee was actually a Socialist stronghold for much of the 20th century — having elected a series of Socialist mayors who held office for some 38 years between 1910 and 1960. Milwaukee historian John Gurda has said that the Socialist period in Milwaukee’s development is “much more than a historical curiosity” and credited Milwaukee’s Socialists with trying to bring about improved public works, better public schools, more public parks, larger public libraries, and a sounder public health system.

“Not only did the movement give us lasting amenities like a stellar park system, but it also embodied a deep and timeless blend of pragmatism and idealism,” Gurda wrote in a 2010 essay titled “Socialism Before it was a Four-letter Word.”

Mbalia noted that much of former presidential candidate Sen. Bernie Sanders’ platform — jobs, free college, adequate housing and good health care — was rooted in socialist ideals, but that his campaign got undermined — as a series of hacked e-mails from the Democratic National Committee that were released last month suggest.

“They weren’t going to let him win,” Mbalia said.

Mbalia predicted more violent uprisings like the ones that took place in Milwaukee, as well as in Baltimore after the police-custody death of Freddie Gray, 25, and in Ferugson, Missouri after the fatal police shooting of 18-year-old Michael Brown. Officers in both cases were cleared of any wrongdoing.

“Only when the people rise up is it going to become clean and healthy.”

For Mbalia, Garvey’s philosophy of “Africa for the Africans” is a key part of the solutions to the various problems that confront the African diaspora.

“It means that you got a force that is unified and for us in particular, it will take back control of these resources of the richest continent on Earth,” Mbalia said. “Diamonds. Titanium. Magnesium. You name, we got it. We just don’t got it,” he said, making a distinction between living on the African land mass where these natural resources are located, versus being in control of the resources.

“Capitalists are trying to keep it, using puppet leaders to maintain control,” Mbalia said. “To us, coming together, like (Ghanian President Kwame) Nkrumah talked about, like Garvey talked about: One unified people.

“Just think about that in your mind, try to conceptualize what it means if you take that rich land mass, bring the people together, have control of the resources that you need to survive,” Mbalia said. “That’s an obvious threat to capitalism.”

The uprising in Milwaukee has also prompted UWM chancellor Mark A. Mone to issue a call for faculty and administrators to do more to make UWM accessible and impactful as an institution.

“We need to do more, both on campus and in partnership with others,” Mone said in a campus update.

“Recent events call for everyone in Milwaukee to come together and collectively and collaboratively solve problems,” Mone said. “At times, such challenges can become tipping points that foment positive actions.”

Mone said he was moved by a story he heard recently of a longtime teacher who credited UWM with being her only gateway to higher education and her career.

“Unfortunately, what the events of last weekend demonstrated is that, in several Milwaukee neighborhoods, we and others aren’t doing enough to provide these educational and employment opportunities to all,” Mone said.

The demographics of the student population at UWM are woefully out of sync with the population of Milwaukee.

Whereas Whites comprise 47 percent of the City of Milwaukee, Whites are 69 percent of the student population at UWM, according to a federal database.

Urban Male Initiative: Seeing Students Where They Are To Get Them To Where They Need To Be