What do Asian Americans think?

Normally we just assume. And you know the punchline of that old joke.

If you don’t assume, it’s likely there’s not enough of a sampling in your personal pool of friends to glean more than a general sense of what Asian Americans think.

That’s the trouble with political media polls, too.

It’s the reason why all the big political polls usually include assessments of African Americans and Latinos. 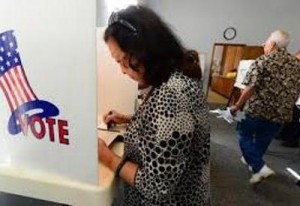 But when it comes to Asian Americans?

Nothing. And not because we don’t have an opinion.

It’s because no one bothers to ask enough Asian Americans.

And there’s nearly 20 million of us.

Systematically, the polling process shows how Asian Americans become invisible politically, and in all other ways.

If we’re not in polls, we don’t exist. At least as data. And as those in the research world know, data means our needs and concerns are addressed. Without it, we’re too easily ignored.

This year’s NAAS 2016 released this week will tell you that Asian Americans prefer Hillary Clinton over Donald Trump by 3-1. And that, as a group, Asian Americans see the top national concerns as jobs and the economy, health care and education.

The team of top academic researchers led by political scientist Karthick Ramakrishnan of UC Riverside, professors Jennifer Lee of UC Irvine, Taeku Lee of UC Berkeley, and Janelle Wong of the University of Maryland has produced a layered view of Asian American we rarely see.

It’s a revealing look at the diversity of the fastest growing racial minority in the country on the issues of the day.

Examples: NAAS 2016 shows that Asian Americans support new spending by the federal government that would help undergraduates pay tuition at public colleges without needing loans. It’s not even close at 66 percent to 23 percent.

The poll even drills down by ethnicity to uncover the ethnic splits. Chinese and Japanese most opposed at 32 percent. Filipinos are close at 26 percent.

On the campaign issue of a Trump proposal to ban Muslims, Asian Americans are against any ban by 62 percent to 20 percent.

But the group is split on accepting Syrian refugees. 35 percent oppose, 44 percent support.

And if you doubt their solidarity with people of color, in answer to the question: “Do you support or oppose the government doing more to give blacks equal rights with whites?” the response was not surprising—72 percent were strongly in favor; 13 percent opposed.

The support for the question was in the 80 percent and 90 percent range for Cambodian, Korean and Asian Indians.

This eye-popping comprehensive poll only comes out every four years because of the work and cost of getting more than 2,000 respondents (which include 1,600 plus registered voters) from nine different ethnic groups in 11 different languages.

But that’s the price we pay for inclusion and real science.

Without any data from inclusive polls, we end up with infotainment like Fox News’ “O’Reilly Factor.”

Asian Americans are rightfully mad about the O’Reilly show’s recent stooge segment by Jesse Watters who did a mocking piece on New York’s Chinatown residents.

In his lead to Watters, host Bill O’Reilly gave the piece relevance pointing out that China was mentioned 12 times in the first presidential debate, most of the time by Trump. So O’Reilly sent Watters to ask Chinatown residents about the 2016 election.

Of course, “ignorant White man in Chinatown” stories are played for laughs in the news game. And that’s the problem with Fox News.

If they were really interested in diversity and what Asian Americans think, then why do they resort to some bogus non-scientific “man on the street” approach that’s a tried and true TV News cliché.

It’s easy to do. And it’s utterly meaningless.

Here’s a sample of Watters’ exchanges with Chinatown respondents as reported by the Fox Nation website:

Watters (to another person): “Who you going to vote for?”

Watters: “Clinton’s wife has a name. What is it?”

Would Fox dare do that kind of report in a Black community after a cop shoots an unarmed Black man?

Or in reaction to whatever Trump says about “Black Lives Matter?”

You might say Fox has other Blacks to interview on set, you say.

There are Asian Americans who can talk to O’Reilly about China, too.

But it’s easier to send Watters to Chinatown for laughs and not insights.

The mocking tone toward Asian Americans is particularly troubling. The Chinatown residents are, after all, American of Asian descent, remember. But it’s all just fodder for Watters, and Fox’s condescending racism.

Remember this is the same Fox News once led until recently by the disgraced multi-millionaire Roger Ailes, who displayed his sexist management style to former anchor Gretchen Carlson.

A foray into the Asian American community of New York City could have been a rich experience for Watters.

Instead, it served only as an insulting setup to an even more ignorant discussion based on the participants’ own racist assumptions.

O’Reilly: “But when you go down to Chinatown seemed like everyone was aware of what’s going on. Some people say it’s very insulated and they don’t interact with American politics…”

Watters: “You thought people knew what was going on?”

O’Reilly:” Most of the people answered your questions in a direct way. A few people—the old lady—I don’t think she knew.”

Watters: “No she didn’t. They’re such a polite people they won’t walk away or tell me to get out of here. They just sit there and say nothing.”

O’Reilly: “They’re patient. They want you to walk away because they don’t have anything else to do.”

Watters: “Right, but I get paid to not walk away so they had no idea… It was all in good fun.”

O’Reilly: “Most of the people—particularly the younger people—they knew what was going on.”

O’Reilly: “That surprised me. I didn’t know Trump was going to do that well.”

It’s like a real life racist chit-chat seen on one of national cable TV’s top shows.

For empathy, simply replace the Asian American targets of O’Reilly’s small talk with Blacks and Latinos, and you’ll feel the familiar arrogance and racism in the attitude.

Naturally, Asian Americans are livid and have organized protests at Fox News.

Fox News could simply advocate for more responsible and inclusive polling like the NAAS 2016.

Not only would viewers be enlightened, but Fox would provide a real service to the public, rather than serving up the racist, jokey attitudes of O’Reilly and Watters and passing it off as news.

Emil Guillermo is a journalist and commentator who writes for http://www.aaldef.org/blog