Linda Johnson Rice will pay a visit to Howard University on November 9 to launch the John H. Johnson Endowed Chair in Entrepreneurship Speakers Series. The chair was named in honor of her late father, whose Johnson Publishing Company ― founded in 1945 ― produced the iconic Ebony and Jet magazines. 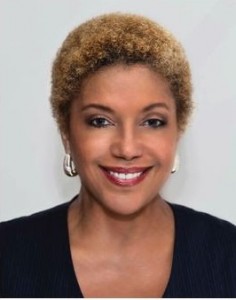 “The endowed chair is a wonderful opportunity for the University to honor my father’s spirit and proud legacy by preparing the next generation of entrepreneurial trailblazers,” Johnson Rice said in a statement.

Johnson Rice will be the inaugural speaker of the series. Managing the speaker series is one of the roles that falls to the John H. Johnson Endowed Chair in Entrepreneurship, said Dr. Gracie Lawson-Borders, dean of the School of Communications. Monique Greenwood, owner of Akwaaba Bed & Breakfast Inns and former editor-in-chief of Essence magazine, is the inaugural chair.

Howard President Wayne A. I. Frederick said that having Johnson Rice as the inaugural speaker of the entrepreneurship speaker series and to see Cathy Hughes so honored is a momentous occasion for the university. “To have two pioneering African-American women be that committed to the population of students here is something to celebrate,” Frederick said in an interview on Tuesday.