A program at Miami University in Ohio offering language and cultural revitalization for members of the Miami Tribe of Oklahoma has led to graduation rates more than double the national average for Native American college students. 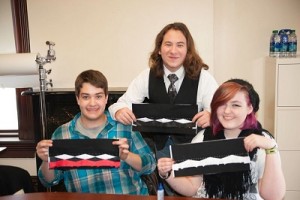 For many minority students, especially individuals of Native American heritage, attending a predominantly White university is a daunting prospect. Whether it is an unfamiliar culture or a sense of isolation, students may struggle and retention may be an issue.

The opposite is true at Miami University, where members of the Miami (Myaamia) Tribe of Oklahoma can attend tuition free and engage in a series of specialized courses that introduce them to their tribal language, culture and history. Through the Myaamia Center, which evolved from the Myaamia Project that began in 2001, students are able to cultivate a sense of identity that strengthens their focus and determination.

“The pride that the students feel in learning about, growing and developing their identity has innumerable positive effects, including academic achievement, persistence, and the development of life goals and social well-being,” says Dr. Joseph E. Schroer, a clinical faculty member in the Department of Educational Psychology and one of a team of researchers organizing a study of Miami Tribe students’ experiences at the university.

“We are able to talk about how the knowledge of cultural heritage, language and sense of building family and community contribute to strengthening these students’ lives and the world around them,” he adds.

The history of the Miami Tribe connects it to areas of Ohio, Indiana, Michigan and Illinois until the 1800s, when they were driven from their land. To a large extent, they were discouraged from speaking their language. In the latter part of the 20th century, the tribe and Miami University developed a relationship, and scholarship funds were made available to qualified tribal students as of 1991. Presently, 32 Miami Tribe students are on campus.

After an informal collaboration between the Miami Tribe of Oklahoma and Miami University, both entities invested resources and the Myaamia Project was launched in 2001. It evolved over time into the Myaamia Center, which officially opened in 2013. The two main purposes are to advance the tribe’s language and cultural revitalization efforts and to conduct in-depth research to assist in tribal educational initiatives.

While the Miami Tribe students are enrolled, they take a series of six one-credit-hour Myaamia language and cultural classes together and complete an individual senior project during their fourth year.

Miami University students, faculty and staff often take part in Myaamia Center events. Faculty participate in research being conducted by the center — everything from developing technology that transmits language and cultural information to assessment work.

“We visit classes. We have students come to the center that are doing research papers. There are lots of different kinds of interaction,” says Daryl Baldwin, a linguist, who has been the director of the project, now center, since its inception.

“One of the things we do annually is take a chartered bus from Miami University at the end of January to Miami, Oklahoma, for the Miami Tribe’s mid-winter stomp dances and gathering,” he adds.

Center staff travel to Oklahoma on a regular basis to attend tribal events. The staff supplies teachers, curriculum and other support for tribal programs. There is a biennial Myaamiaki conference at Miami University, where aspects of research are shared with the public.

As noted in the article “Niila Myaamia (I Am Miami): Identity and Retention of Miami Tribe College Students,” published in the Journal of College Student Retention, the national four-year graduation rate for Native American students is 22.5 percent, but at Miami University they graduate at the rate of 58 percent.

“I firmly believe that this study reminds us of how essential cultural context is to human identity,” says

Dr. Susan Mosley-Howard, professor emerita of educational psychology, who has been involved in research of the Miami Tribe students at the university, says, “Our field of psychology has research findings that suggest that the extent to which youth embrace, connect with and affirm their whole selves, their cultural selves, the more their sense of well-being is enhanced.

“We have seen a crystallizing of identity formation over four years of studying Myaamia culture,” she continues.

A former Miami Tribe student who was a member of the assessment research team is presently a doctoral student in counseling psychology at Iowa State University. Other former students are studying issues related to the environment and tribal lands, tribal law and other issues that impact the Miami Tribe.

There is an exchange of information, resources, ideas and methodologies with other tribes around the United States that Baldwin and his colleagues hope other universities will collaborate with tribes to develop programs.

He says it would be exciting to see Miami University develop more Miami Tribe-related courses and perhaps a major akin to what exists at some Pacific universities for Hawaiian language and cultural studies.

Growing up, Baldwin knew aspects of his culture and history — mostly gained from his family — but he had no access to the language because it hadn’t been spoken by any family members since before the time he was born. The only language that survived were ancestral names, but Baldwin’s father and grandfather did not know what the names meant.

After his grandfather’s death, Baldwin found a vocabulary list among his papers. He traveled to Indiana and Oklahoma to see if he could find any speakers of the language, but all were deceased. He met Dr. David Costa, then a graduate student in linguistics, who was trying to learn about the Miami language for his dissertation topic.

In his research, Costa uncovered nearly 270 years of written documentation on the language and began reconstructing it. Baldwin himself pursued graduate studies in linguistics to be more effective in sharing the knowledge, starting with his own children, whom he and his wife home-schooled.

He saw there were many tribal members and their families interested in revitalizing the language. To accomplish his vision for language and cultural revitalization, Baldwin found himself drawn to being in an academic setting, finding a base at Miami University.

Baldwin is currently one of the co-directors for the National Breath of Life Archival Institute for Indigenous Languages, an archival research program that partners with Recovering Voices.

The Myaamia Center was recently awarded a $182,406 grant from the National Science Foundation and will work closely with the Recovering Voices Program.

In September, it was announced that Baldwin has been named a MacArthur Fellow by the MacArthur Foundation (commonly referred to as a genius grant). The fellowship comes with a $625,000 stipend paid in quarterly installments over five years with no restrictions on how it can be used.

Baldwin says he was stunned and exhilarated, seeing recognition for the work he and Costa have done in revitalizing the language and the impact the Project/Center has had on student success as well as on members of the Miami Tribe.

“I’ve often said we’ve been down in the trenches for many years trying to get this effort going,” Baldwin says. “Language revitalization for indigenous communities — at least in the United States — is only about 25 to 30 years old for some tribes. For a lot of us, we’re plugging along, building collaborations and looking for resources.

“Then along comes an award like this. What it does for me is I feel it really gives this work prominence. It gives legitimacy to the work of re-establishing languages in tribal communities, which for a lot of communities is a healing process.”