If you’ve given up cable TV opinion shows for the holidays, then you may have missed an extraordinary exchange between Tucker Carlson, an anti-affirmative action conservative cable TV host, and an Asian American college trustee who supports affirmative action.

Jay Chen is a trustee of Mt. San Antonio College in the Los Angeles Area, and is one of the outspoken Asian American community members supporting affirmative action. 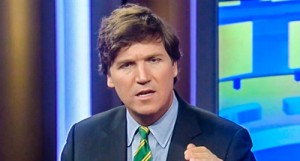 Tucker Carlson is a political pundit who opposes affirmative action.

He was fine, but the conversation began with a false conclusion from host Carlson, who continued to perpetuate a mistruth.

That mistruth is that Asian Americans must score higher on SAT scores than Whites at Harvard and is thus a discriminatory admissions tool.

You may have thought the U.S. Supreme Court decision last June on Fisher v. Texas ended the dispute over affirmative action, but like all diversity and civil rights issues, it’s a perpetual battle against the pendulum swing.

Conservatives who have made a living fighting affirmative action think they’ve learned from the Fisher case, and are essentially relitigating the case, this time with an emphasis on Asian American “victims.”

The claim is that Harvard has been discriminating against Asian Americans, with SAT scores being the cornerstone of the argument.

It’s a laughable claim, considering Asian Americans are 21 percent of the most recent batch of Harvard admits.

What gives the argument some apparent heft is anti-affirmative action folks’ use of research by professor Thomas Espenshade of Princeton. The sociologist is co-author of “No Longer Separate, Not Yet Equal: Race and Class in Elite College Admission and Campus Life.”

With Espenshade’s research as their secret weapon, anti-affirmative action folks say Asian Americans have to score 140 points higher on the SAT than Whites, and some 450 points higher than African-Americans.

As you know test scores are just one factor in a “holistic” admissions approach of the kind used at Harvard.

Even Espenshade himself told the Harvard Crimson in 2015: “I stop short of saying that Asian-American students are being discriminated against in the college application process because we don’t have sufficient empirical evidence to support that claim.”

So we have the researcher debunking the main premise of the new anti-affirmative action lawsuit that will come up before the Supreme Court.

And yet, the research is being misused and fake conclusions are being promoted as starting points of discussion even though they’re being intellectually dishonest.

In the era of fake news, you should know about this.

Espenshade has consistently decried the misuse of his study. But news opinionators like Carlson feed on it and righteously pass it off as reality as if gospel truth.

The truth is, Asian Americans, like many communities of color, have benefitted enormously from affirmative action policies that have given opportunities in college and in the workplace.

Only one group has fared better than people of color in the whole thing. That would be the conservative lawyers who’ve made their careers fighting affirmative action. Their latest gimmick is actually an old one based on wedge politics of the past.

It didn’t work then. It shouldn’t work now.

The x-factor is the declining information savvy of the public who remain susceptible to the false conclusions drawn by opponents of affirmative action.

Beware. It’s as fake as fake news gets.

Emil Guillermo is a veteran journalist and commentator who writes for the civil rights organization AALDEF at http://www.aaldef.org/blog.