Higher education leaders across the nation are anxiously pondering the rise of businessman Donald Trump as president of the United States and the arrival of scores of people that he will be hiring to help put his ideas into action.

For sure, few people — those who supported Trump’s bid to win the election and those who supported others or did not vote at all in the 2016 election — have de­finitive insights about Trump’s plans. He has had little engagement with higher education during his decades as a businessman. He was less than speci­fic about a number of hot-button issues during his presidential campaign. To date, the views of many he has selected for his team run the gamut. 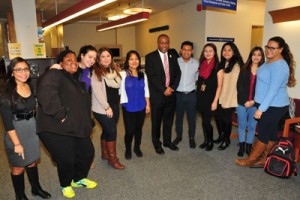 Questions may abound on a variety of fronts about how Trump and his team will deal with the myriad day-to-day realities of running a nation of some 320 million people.

There is an unofficial consensus, however, that higher education leaders need to exert extra energy to help Trump understand the roles of institutions of higher learning, and Trump and his team are likely to demand a different approach from educators to getting his ear.

“They are going to be very much about return on investment (ROI),” says Johnny Taylor, president and CEO of the Thurgood Marshall Education Fund, the Washington, D.C.-based nonpro­fit, nonpartisan organization that raises funds for scholarships to help students attend historically Black colleges and universities (HBCUs).

The Obama administration and several leadership teams both Democrat and Republican before Obama looked at higher education from a “civil rights or moral perspective,” Taylor says. “They [Trump and his team] will be very much about ROI,” Taylor says, based on Trump’s campaign themes and the business people around Trump.

Taylor, whose observations resonate with other higher education advocates, says educators will get to make pitches for federal help as they have in the past.

Educators just need to know “this administration is going to be transparent. You can seek more money,” Taylor says. “Be able to show what the return can be on investment,” he adds.

Dr. Cynthia Teniente-Matson, president of Texas A&M University-San Antonio, who spent much of her career on the ­finance side of the California State University system, says institutional leaders may have to engage in “repackaging our message.”

Matson says “there are ways to craft arguments or strategies” that embrace Trump’s advocacy of “economic development and growth. We can talk about the value proposition, about the net gain,” of embracing institutions that focus on educating students who come from underserved communities.

Indeed, many presidents and other higher education advocates see chances for Trump to succeed in achieving many of his political promises by using institutions with a history of serving the underserved as partners.

As any seasoned college president would know, rookie presidents — be they head of a university or a nation — need time and a desire to learn more about things they did not need to focus on previously.

“One of the most important things we could do is ask that the Trump administration take time and really understand what we are and what we do,” says Dr. Juliette B. Bell, president of the University of Maryland Eastern Shore (UMES).

“We certainly want to be at the table so we can help inform and be a part of the discussion about the future of higher education,” says Bell, who is nearing her fifth year serving at the helm of UMES.

Trump does face some challenges as the chief rookie in the federal government’s front office, despite being a wealthy, seasoned business executive.

Being at “the table” and engaging in “the discussion” about the future direction of the nation under a Trump White House team is an appeal that has been made repeatedly since the election by advocates for minorities from coast to coast.

They see Trump’s calls for investing more than a trillion tax dollars in rebuilding the nation’s aging infrastructure and his broad calls for efforts to “remove the rust” from the nation’s Rust Belt communities as opportunities for institutions with roots in serving poor and declining communities.

“That’s the opportunity for HBCUs to be at the epicenter of a stimulus plan,” says Baskerville. “What better partners than with an HBCU?”

NAFEO, the Washington-based organization of presidents of the nation’s HBCUs, has already begun to draw its wish list of items it would like Trump to address.

Some echo the appeals of Dr. William Harvey Jr., president of Hampton University and chairman of the White House Initiative on Historically Black Colleges and Universities during the Obama era.

High on the NAFEO list is an economic stimulus goal former President Reagan first issued in his bid to acknowledge the nation’s HBCUs. According to Baskerville, NAFEO would like Trump to revive Reagan’s directive that 5 percent of an agency’s annual spending be done with an HBCU.

Such broad economic goals reflect some of the thinking among leaders of institutions with a history of serving the underserved.

The seemingly endless list includes other hopes that fell victim to the Great Recession, prompting state legislatures and Congress to cut back on spending as tax revenue coffers got smaller and smaller.

Today, restoration of year-round federal Pell Grant funding and at higher levels is on many an institution’s wish list. Giving the various White House initiatives more direct reporting to the president is on some wish lists, as educators and advocates cited the diminished effect and influence in recent years of initiatives billed publicly as White House that have actually been run by an assistant secretary of education.

The longstanding desires and needs are also complemented with more recent ones. The leaders of the three college and university systems in California wrote Trump a few weeks after the election, urging him to allow the thousands of foreign students in their schools without documentation to remain.

The same message came from other parts of the country, including Delaware, where tiny Delaware State University is providing an education to nearly three dozen undocumented students.

“These young people here are doing really well,” says Delaware State President Harry L. Williams, adding that not removing the students is high on his wish list of the new president.

“They are strong academically,” and have good grades, says Williams. “I would hope the new president will rethink some of his campaign rhetoric.”