“Minority-serving institution” (MSI) is a term used to describe a range of postsecondary institutions. There are MSIs with founding missions to educate a particular demographic of students, such as historically Black colleges and universities (HBCUs), and tribal colleges and universities (TCUs). In addition, there are MSIs that have met a federally defined threshold of enrollment of a particular demographic and student financial need (measured by proportion of Pell Grant-eligible students), such as Hispanic-serving institutions (HSIs) and Asian American Native American Pacific Islander-serving institutions (AANAPISIs). 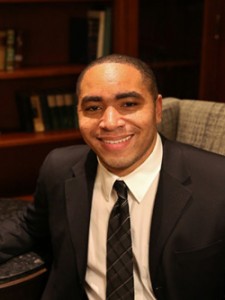 The Higher Education Act of 1965 created the first provision for federal funding for such institutions when it defined HBCUs, and new MSI designations have been included in subsequent reauthorizations of the landmark act, most recently in 2008.

Concurrent with the evolution of MSIs, U.S. society has seen linguistic shifts that pose challenges to the label. The use of “minority” to describe non-Whites has decreased in popularity and has been increasingly replaced with “people of color.” Within the field of education, some scholars have begun using the term “minoritized students” to capture the reality that it is not a student’s inherent nature to be of minority status but that it is context-specific and socially constructed.

As a student of higher education and a research associate, I study MSIs and have become familiar with the pivotal role they play in our society. MSIs enroll roughly 20 percent of all undergraduate students and almost 40 percent of all undergraduate students of color. They disproportionately afford educational opportunities to socioeconomically marginalized groups, and have emerged as leaders in both teacher and STEM education. Their commonalities and successes have led to a growing body of literature, which has further embedded the term “minority-serving institution” in academia and broader society.

Howard University announced earlier this year that they would be launching the first Ph.D. in higher education with a focus on MSIs. The term made it into the platform of a major presidential candidate for the first time this past election cycle, when it appeared in Hillary Clinton’s plan for a $25 billion fund to “support historically Black colleges and universities, Hispanic-serving institutions, and other minority-serving institutions.”

While not yet a complete misnomer in the national demographic context, which is projected by the U.S. Census to become more than 50 percent non-White by 2044, “minority” has already reached a breaking point when used to describe the U.S. public school student population, which became “majority-minority” in 2014. The Census projects that, by 2020, the population of U.S. children overall will also reflect this shift.

With these changes fast approaching, and in light of their tremendous contributions to educational and economic opportunity, I believe that “equity-oriented institutions” should replace “minority-serving institutions” in our lexicon. Student financial need is a critical factor in being eligible for all of the designations other than HBCUs and TCUs, and these two have legacies of offering educational opportunities to low-income students.

The two main enrollment-based MSIs, HSIs and AANAPISIs, have ethnicity-specific thresholds of 25 percent and 10 percent, respectively, meaning that institutions can qualify for these designations while still “serving” student populations that are 75 percent and 90 percent students of other backgrounds. As underrepresented students often bear the burden of educating their peers (and sometimes their faculty members) on issues of diversity, the idea of labeling an institution based on “serving” a specific demographic minority within the student body is perplexing. The socioeconomic framing of these institutions through the name equity-oriented institutions avoids these ironies of language, while also alluding to these institutions’ contributions to expanding educational opportunities across racial and financial lines.

A shift in language from minority-serving institution to equity-oriented institution will signal the growing urgency with which all postsecondary institutions must approach educating a society that is becoming more diverse and serve as a badge of honor in these changing times. Whereas “minority” is a word that connotes lesser-than status, equity is a disposition and commitment that embodies all members of a campus community and does not misleadingly imply that only students in the demographic minority are being educated.

Given current demographic realities and future projections, institutions that do not prioritize the recruitment, enrollment, and support of first generation, low-income, and racially underrepresented students are not truly dedicated to promoting equity in an increasingly diverse and economically stratified society. College access and attainment for these groups are their primary means of social mobility in this country.

College education is the most surefire method of positioning oneself to achieve the American Dream in the 21st century. It is also becoming more necessary for employment across economic sectors, given continued trends in up credentialing, or the inflation of educational requirements, such as in jobs that previously required a high school diploma or less and now require college credentials.

While we are unlikely to see increased public investment in higher education over the next four years, the MSI community should plan for the long term and consider ways to leverage its collective influence and communicate its successes. This can begin with the rebranding of minority-serving institutions with a name that more accurately captures their shared mission and the contributions they have made and will continue to make, even in contentious times.

It is time that we speak of MSIs with a positive vocabulary that reflects their role in promoting access and expanding opportunities for the marginalized and disenfranchised. Equity-oriented institutions is a name that aspires to justice, and one that will help these institutions continue to inspire, empower, and educate students and communities.

Daniel Blake is a Ph.D. student at the University of Pennsylvania’s Graduate School of Education and a research associate for the Penn Center for Minority Serving Institutions.

At Conservative Black Colleges, Gays Struggle To Find Their Voice

University of Missouri to Cut 400 Positions Amid Budget Woes