As two African-American males working in higher education, both of us have experienced microaggressions in our emerging careers. Daniel Solorzano, Miguel Ceja, and Tara Yosso define microaggressions in the Journal of Negro Education as “subtle insults (verbal, nonverbal, and/or visual) directed toward people of color, often automatically or unconsciously.” In our case, the reoccurring microaggression we have both personally experienced is automatically being viewed as an athlete, particularly within higher education contexts. 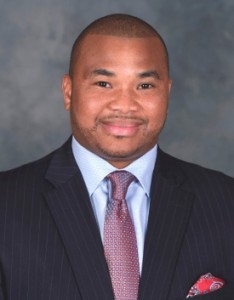 For example, one of us interviewed for a senior-level position within higher education via Skype. When appearing onscreen, one of the committee interviewers instantly remarked, “Wow, you look like a linebacker!” This stated microaggression prompted the said applicant to excuse immediately the microaggression since they are often unintentional and given the context of the interaction: They didn’t mean that because I’m African-American? Maybe I do look like a linebacker. It’s only a joke.

Another example includes one of us starting a new role at a university and receiving regular inquiries of, Are you a football or basketball coach? Are you a student-athlete? What do you do in the athletic division? Even after several years of service on the campus, these same type of questions were consistently asked while the said individual engaged on campus or in the broader community. The previous examples highlight the assumption that Black males within higher education contexts are athletes or related to athletics and could not possibly be there for anything else.

The late Chester Middlebrook Pierce, emeritus professor of education and psychiatry at Harvard Medical School, states in his seminal work Psychiatric Problems of the Black Minority: “the subtle, cumulative mini-assault is the substance of today’s racism.”

In Pierce’s piece Stress Analogs of Racism and Sexism: Terrorism, Torture, and Disaster, he notes: “In and of itself a microaggression may seem harmless, but the cumulative burden of a lifetime of microaggressions can theoretically contribute to diminished mortality, augmented morbidity, and flattened confidence.”

Former U.S. President Barack Obama adds, “ … The legacy of discrimination — and current incidents of discrimination, while less overt than in the past — are real and must be addressed.” Why? Because comments made, perhaps without malice — inconsiderate at best, prejudice and racist as worst — are not without consequence.

In our case, after hearing a lifetime of these types of seemingly innocent comments (about our athletic talents that we would agree we truly do not possess), it does tend to wear on our personal views of race and is emotionally taxing. Race in that, once again, as Black males we are perceived to only have physical ability versus an education or experience to contribute to a higher education community. Emotionally, in that we must continuously explain we are not student-athletes or coaches — even though it is OK to be those things — and we hold full-time positions on campus in other areas earned through our education and experience. While we are highlighting a common racial microaggression for us as Black males, others also experience microaggressions because of their various identities. For example, Suzannah Weiss wrote an article titled, “15 Microaggressions Women Face on a Daily Basis, Because They All Add Up to an Unequal Society.”

As highlighted by Weiss, here are just a few subtle everyday microaggressions used in the workforce that undermine a woman’s credibility and self-esteem: sexist language, tone policing, mansplaining, mom shaming, objectification, and the wage gap.

Weiss sums up the article effectively by saying, “When we try to call out [these microaggressions], we get told we are too easily offended or being the PC police … this leads us to silently accept injustice rather than speak out about it, it’s an insidious microaggression in of itself.”

The bottom line is that the only way a behavior can be corrected, in this case racial microaggressions, is if it is made known — a responsibility which typically falls on the recipient, and hence, the resulting backlash of being called too sensitive, thin-skinned or someone who makes a big deal out of nothing. The only way to know how damaging racial microaggressions are and, more importantly, what they are, is to be knowledgeable on the subject.

If everyone were to read, process and pass on what they learn about these seemingly innocent behaviors, maybe then this behavior can change — one microaggression at a time.