In order to better position low-income or “disadvantaged” students to pay back their student loans, more should be done to shift such students — and the taxpayer money that is used to support them — away from low-quality institutions and toward institutions that have high “economic mobility.”

That is one of the key arguments of a new paper released Monday by the National Bureau of Economic Research.

The authors also argue that policymakers should shift the focus toward student loan repayment rates — and away from student loan default rates — to determine if colleges and universities are doing a good job of graduating students who earn enough to pay back their student loans. 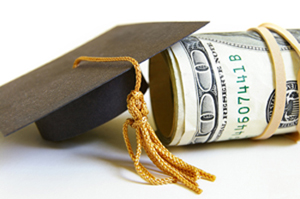 “Redirecting federal dollars to institutions that offer economic mobility to their low-income students would improve student outcomes and protect taxpayers,” the paper states. “A well-designed student loan accountability system would do just that.”

The paper — titled “Measuring Loan Outcomes at Postsecondary Institutions: Cohort Repayment Rates as an Indicator of Student Success and Institutional Accountability” — was written by Tiffany Chou, an economist at the Office of Economic Policy in the U.S. Treasury Department; Adam Looney, former deputy assistant secretary at the U.S. Treasury Department; and Tara Watson, an economics professor at Williams College.

The authors argue that, as income-driven repayment programs, or IDRs — which allow monthly loan payment to fluctuate based on what borrowers earn — become more prevalent, that cohort default rates, or CDRs, will become “an increasingly ineffective tool to monitor institutional student loan performance.” The paper indicates that 24 percent of borrowers and 40 percent of outstanding direct loans are enrolled in IDR.

“Indeed, as more borrowers enroll in IDR plans, default rates will fall regardless of whether a school is offering economic opportunity to their students or whether those students will repay their loan obligations,” the paper states. “As a result, default-based metrics will no longer be a useful tool to hold institutions accountable for providing a quality product for their students with federal dollars.”

The paper comes at a time when states, the federal government and even some institutions themselves have placed an increased emphasis on the economic benefits of not only a postsecondary credential or degree but specific programs within an institution.

It also comes as questions linger over whether the administration of President Donald J. Trump and the administration’s currently leaderless U.S. Department of Education will continue that focus with the same intensity as the Obama administration. For instance, when U.S. Secretary of Education nominee Betsy DeVos was asked during a confirmation hearing if she would enforce the gainful employment rules targeted at for-profit colleges, DeVos proffered only that she would “review” the rules.

It also grapples with one of the more distressing aspects of higher education, which is the ugly fact that higher education often doesn’t serve as the great equalizer that it’s often made out to be.

For instance, the report notes how five years after they start repayment, low-income undergraduate borrowers are more likely to be unemployed — 12 percent for students from families that earn $15,000 to $30,000 versus 8 percent for those from families that earn $75,000 to $100,000 — and tend to earn less than their higher-income peers. For instance, 36 percent of the lower income students earned less than $25,000, versus just 27 percent of the higher income students.

“Given that disadvantaged students tend to have worse post-college employment outcomes and that employment outcomes are a strong predictor of loan repayment, it is not surprising that there are substantial differences in loan outcomes between borrowers from higher- and lower-income families,” the paper states. “The median low-income dependent borrower has repaid none of their original balance after 5 years, while the median borrower from a higher-income family has repaid about 19.0 percent.”

The paper notes how “to some extent, poor economic outcomes for low-income borrowers are related to poor completion rates.”

Low-income borrowers, the paper states, face a “one-two punch: they both have worse labor market outcomes on average, and they tend to have less family wealth on which to rely when they face earnings shocks.”

The paper points to the role that institutional quality plays in a student borrowers’ ability to pay back their student loans.

The paper notes that getting more low-income students into more selective institutions comes with challenges associated with high school that do not adequately prepare them for college.

“Of course, without major investments to address the issue of weak high school preparation in many low-income communities, it is unreasonable to expect that most students with low family incomes could attend the most selective institutions in the country,” the paper states.

“This implies that there is scope for a policy to redirect loan dollars — and therefore students — from low-performing schools to higher-performing ones,” the paper states.

To illustrate the point, the paper hypothetically ranks schools by the “economic opportunity” they offer, which it defines as the fraction of students who earn $25,000 or more 10 years after enrollment, based on data from the College Scorecard.