The question at the Cesar Chavez lecture at a packed auditorium at Sierra College was, do all lives matter?

It was a great forum and a great dialogue, but in a sense, it was the wrong question. The reason is that each time the answer will invariably mischaracterize, misdirect, or at best, deflect. In case there is any doubt regarding this answer, one only need examine Attorney General Jeff Sessions’ recent ordering of a review of dozens of existing consent decrees between the Justice Department and police departments nationwide. 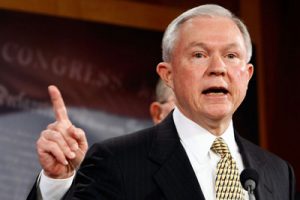 Translation: the consent decrees exist because there has been unquestionable abuse by law enforcement agencies around the country. The message from the Orange administration is of all lives, it is blue lives that matter most.

Perhaps some people at the forum felt that I am jaded — because I explained that I do not believe in the judicial system — because in my youth, I was almost killed by Los Angeles Sheriff’s deputies and charged with trying to kill four of them, but subsequently won both, my criminal (1979) and my lawsuit (1986) trials.

I think some people think that because I won twice in the courtroom, therefore I should believe in the judicial system. It is possible that someone could think that way. However, aside from living and witnessing such violence, as a​ journalist, and even now as a professor, I have researched this topic thoroughly, including watching many hundreds of videos of innocent people being killed, many in cold blood. Of all those that I have seen, I know of but one case in which an officer actually did time. It was the officer that killed Oscar Grant in Oakland, Johannes Mehserle, who did less than a year in jail for involuntary manslaughter. However, no one else.

This has little to do with the police themselves; it has to do with district attorneys who rarely, if ever, file criminal charges against officers who kill unjustifiably, even when the evidence appears to be incontrovertible. However, it doesn’t start or end there. One can say that it is the political environment that we live in that permits police officers that kill unjustifiably to wear a badge with impunity. The district attorneys take their cues from politicians at all levels, for fear of being viewed as anti-police.

Yet, the culture of impunity is even deeper than that. If perchance there were indictments against law enforcement officers for the unjustifiable use of force, the likelihood of a conviction by a jury is extremely rare. Rarer still are convictions that result in serious time.

When a killing is extraordinarily outrageous, officers are sometimes fired, but rarely indicted. People often believe that a firing is somehow tantamount to justice. While a good development, because it takes the officers off the streets, it is not uncommon for the same officers to be hired by other agencies in other parts of the country where they continue with their proclivities for extrajudicial violence, unrestrained.

At this forum, one participant answered the question by noting that people of all races are being killed. That is true. However, the proportions are not. However, that does not minimize that fact. An unjustified killing against anyone is unacceptable, so much more so when, in this country, it is absolutely people of color who continue to be subjected to this extrajudicial violence at intolerable levels.

If left unchallenged, one would come away believing that there really is not an issue of people of color being subjected extraordinarily to this extrajudicial violence. This violence is alien to any other comparable country in the world. I am someone that believes that all life is sacred and yet the idea of all lives matter does bother. It does so because it does in fact minimizes, and de-emphasizes, the violence against people of color, which on this continent can undeniably be traced to 1492. That is called dehumanization and demonization.

While initially red, Black and brown peoples were considered demonic on top of being less than human, I venture to say that, for many, those ideas have never actually gone away. Otherwise, why does the carnage continue and why are they treated as less than human by virtually all of society’s institutions? If there is any doubt regarding this, please tune in to the doings at Standing Rock these past few months.