Tennessee Reconnect to Clear Path to Degrees for Adult Learners

Now that the cost of attending a four-year school has surpassed what many can reasonably afford, graduates are left saddled with anywhere from up to six figures of debt that could stay with them for the rest of their working lives. In response, states and municipalities across the country are increasingly promoting community colleges as a viable, and more affordable, alternative to four-year schools.

While much of the current discussion around community college centers on improving access and affordability for recent high school graduates, Tennessee is poised to broaden access for adult learners with a new bill called Tennessee Reconnect. Just last week, the Tennessee House of Representatives passed the bill, which has the support and backing of Tennessee Gov. Bill Haslam. Many believe it is likely to become law. Tennessee Reconnect is expected to go into effect in fall 2018. 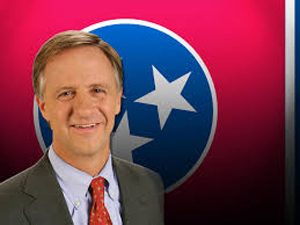 Tennessee Reconnect is intended to pick up where Tennessee Promise leaves off. Adult learners over the age of 24 would be eligible to attend two years of community college tuition-free using the same “last-dollar” scholarship approach that Tennessee Promise uses, in which money kicks in after students had applied for federal aid, loans and other scholarships.

“What we hope to do with Tennessee Reconnect is bring individuals back into the community college and technical college setting to get them on a career trajectory,” said Dr. Flora Tydings, chancellor of the Tennessee Board of Regents system, which oversees the state’s community colleges and public universities.

Tennessee estimates that 900,000 adults in the state have some college but no degree. Haslam set a goal of upping the number of working-age adults with a postsecondary degree or credential from a current 38.3 percent to 55 percent by 2025. To meet the goals of Drive to 55, as the initiative is known, Tennessee needs 871,000 degrees. Only 645,000 high school students are expected to graduate by 2022, however, meaning that the state will need more engagement from adult learners to meet its goals.

“I think it’s going to have a large impact on the system,” Tydings said of Tennessee Reconnect. “We, like most colleges and systems across the nation, have been losing our adult population. As the economy tends to go up, that’s the group that tends to get jobs, but not necessarily career paths.”

Research shows that adult students are more likely to complete college if they can attend school part time, unlike students who are coming straight out of high school, who do better if they attend full time.

So, in addition to giving adult learners the flexibility to attend school part time, the system plans to put wraparound services for adult learners in place, Tydings said, after identifying where the most successful programs are occurring and working to replicate them systemwide.

“We feel good,” Tydings said. “We know that this is moving forward.”

Now that the word about Tennessee Reconnect is out, Tydings added, students are starting to call schools to ask about possible opportunities, giving schools the opening to invite students to check in at their local college campus, to apply, and to see where they stand with regard to financial aid.

The state expects that many students will be covered by federal aid and other scholarships — like Pell Grants, or the state’s HOPE lottery scholarship — as has been the case for students participating in Tennessee Promise. The difference would be made up for with state lottery funds.

Last year, the average amount paid per student via Tennessee Promise was $1,090, a figure that masks a wide variability in aid amounts. “What you actually see is that, for roughly half of Tennessee Promise students, we didn’t actually end up paying any funds toward them because they were covered under other programs,” said Kate Derrick, director of external relations at the Tennessee Higher Education Commission.

Prior to becoming chancellor of the Board of Regents in February, Tydings was the president of Chattanooga State Community College from 2015 to 2017, where she saw Tennessee Promise take effect.

Almost immediately, schools began to see a shift of more students coming straight out of high school. The average community college student is 29, according to the American Association of Community Colleges, but with Tennessee Promise, the context has changed.

“First-time freshman enrollment has grown pretty significantly through Tennessee Promise,” Derrick said. “We’ve seen a little bit of that shift toward younger students enrolling, at higher rates than ever before.”

With Tennessee Reconnect, the state expects that the needle will swing back toward an older student population, but Tydings said that the system would be ready to make that change by 2018.

“We have the capacity to do what we need to do,” Tydings said. “That’s the thing about the Tennessee community college and technical college system: we are very proactive in being able to expand as needed.”

Taking Diversity to the Next Level