When Omarosa Manigault — a spokesperson for President Donald J. Trump’s Office of Public Liaison — stated at a recent “women’s power lunch” convened by the National Action Network that she had “took over” the White House Initiative on HBCUs and “moved it to the White House,” some in the audience wondered what she meant by “took over.”

But Lezli Baskerville, president of NAFEO — an umbrella advocacy organization for HBCUs — says this is something that NAFEO had been advocating for some time since Trump became president. 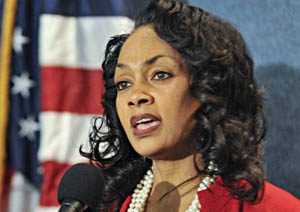 “We found that positioning the Initiative in the Department of Education, under an executive director who reported to the undersecretary or an assistant secretary created too many layers of administrative red tape, and retarded important executive decision-making,” Baskerville said in a statement to Diverse.

“We opined that moving the White House Initiative on HBCUs into The White House would remove layers of administrative red tape, and elevate the visibility of the Order,” she said of an executive order that Trump signed in support of HBCUs.

“It would signal to the secretaries of the federal departments and to others the importance this Administration placed on HBCUs for advancing the agendas of this administration and the nation.”

“First, President Trump knows and trusts Omarosa and solicits her counsel on communications matters as Director of Communications for the Office of Public Liaison, but also on a number of other things, including HBCUs,” Baskerville said.

She also noted that Omarosa attended three HBCUs and is “an unfaltering champion of HBCUs.”

“She understands that America cannot be strong unless HBCUs are strong,” Baskerville stated. “They are educating disproportionate percentages of the growing populations in the nation in the growth and high need disciplines.”

Baskerville said Omarosa is also the right person to oversee the HBCU Initiative in the White House for other reasons.

Here is the balance of her statement.

“Reverend Manigault placed HBCUs high on the agenda of candidate Trump and kept them on the agenda, engaging a broad and diverse swath of the HBCU community in listening sessions across the nation, and educating the Trump teams and others about their history and what can become their destiny with public and private funding commensurate with their output.

“Reverend Manigault’s personal narrative suggests her qualifications for and likely success in elevating the issues and interests of HBCUs above the cacophony of competing issues and interests. Omarosa is an educator who served on the faculty at Howard University, George Mason University, and The Graduate School USA. These services gave her a keen understanding of widely diverse higher education institutions.

“She served on the Los Angeles Unified School District and as a Certified Special Education Substitute Teacher. From those vantages she learned important lessons about the importance of a strong pipeline to move diverse students into and through college.

“Her experiences as a public official, a professor, a businesswoman, educator, education advocate, minister, policy analyst with Capitol Hill experience and service for two United States Presidents, and as a minister and commissioned officer for the California State Military Reserve all give her the types of grounding, and underpinnings that suggest she would be the prime senior executive in the White House to oversee the White House Initiative on HBCUs.”