Twenty years ago, I wrote “The X in La Raza,” a political essay I referred to as an “anti-book.” I did so at a time when people were beginning to write Chicano or Chicana with an X as in Xicano or Xicana.

Though “The X in La Raza” was not a response to this development, rather, it was a response to myself, an essay I had written in 1981, titled “Who declared War on the Word Chicano?” 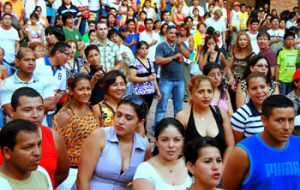 I responded to myself because I believed that people were misconstruing my work as some kind of nationalistic screed. If anything, in part it was to reaffirm a commonality with peoples from Central America who were fleeing their wars in the 1970s-1980s and who now lived in the United States. I believed then, and even now, that identity is about a spirit, as opposed to a name.

These ideas and terms mentioned above were controversial when they first became part of the lexicon and yet again, we find ourselves with a new controversial term on the block: XicanX or the broader term: LatinX.

To be sure, issues of identity are also always fluid. For some, however, identity is fixed and not subject to change or debate.

Now getting back to the topic of “The X in La Raza,” the “X” represented Indigeneity and it was generally associated with the Nahuatl language and is pronounced with an sh sound as in shicano or shicana. Many believe the word Chicano comes from Mexicano or Mexicana, pronounced as Me-shicano or Me-shicana as the ch sound does not naturally occur in the Spanish language. One theory is that the “Me” was dropped and Chicano and Chicana remained, though again, pronounced with the sh sound, and this purportedly was used to refer to peoples that lived somewhere in the Chichimeca territories, that is, somewhere in the north, perhaps in what is today referred to as the U.S. Southwest.

When did this change occur or when does the name Chicano or Chicana first appear in writing? Not sure, though a generation ago, while doing some map research on origins and migrations, I came upon the 1562 Gutierrez map that shows a city of Chicana generally near the mouth of the Colorado River. Chances are very likely that it indeed is an Indigenous pre-Colombian name. In popular barrio lore, Chicano and Chicana were reputedly used by pa-chucos and pa-chucas on the streets in the 1930s and 1940s, this, long before it was incorporated or borrowed by activist youth in what came to be known as the Chicano/Chicana Movement of the 1960s-1970s.

Because the Spanish language is gender specific, women activists began to use the term Chicana/Chicano and then later Chicana/o and then even Chicanao.

Some replaced the vowel at the end with the “@” symbol, thus producing the term Chican@s or Latin@s with a few other variations. Through this symbol, these terms came to refer to both men and women.

But now, back to ChicanX and LatinX. This development has happened due to issues relating to the fluidity of gender — a recognition that there is not simply a male-female binary. The X at the end is an affirmation of that fluidity and refers to people of all genders.

Why is this controversial?  Some people say it is only controversial to the older generations. One reason people bring up is that an issue arises because two languages are being mixed. For example, if Latin rather than Latino or Latina, or Hispanic, as opposed to Hispano/a was used, would not the issue be resolved? Avoided would be more correct.

For me, the X at the end is clunky, but perhaps when language changes, it is always clunky, especially when two languages are involved. Though to be sure, it is a progressive linguistic development. Whether it catches on in venues beyond activist and academic circles, I’m not so sure. The reason is that while the idea is progressive, issues of pronunciation may inhibit its more popular usage. For instance, how does one pronounce LatinX? I’ve heard it both with English and Spanish inflections, though it is more commonly heard in English as Latin-X.

For many whose ears grate when Latin or Hispanic are used to refer to people of Mexican or Central American origin — due to the perceived denial of Indigeneity —  Latin-X doesn’t cut it. Perhaps Chican-X passes muster, but then you get to words such as companerxs or amigxs? How do you pronounce these?

Perhaps what is written doesn’t have to correspond to what is spoken.

Perhaps there is one more issue here. For instance, as someone who indeed is from the previous generation, I have long wondered why it also isn’t African AmericanX, American IndianX or AsianX?