NerdWallet, a financial site which helps people understand their economic options, revisited its 2016 study and found the same 20 banks offering checking accounts affiliated with popular universities in the U.S. haven’t changed their overdraft fees and charges since the study was published.

The new study was published on NerdWallet’s site and highlighted how university-sponsored banks are charging college students more than $795 million on overdraft and late payment fees alone. 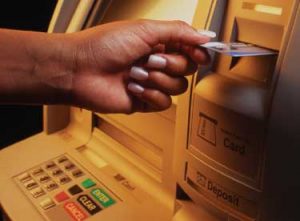 Within NerdWallet’s 2016 study, they included The Consumer Financial Protection Bureau’s (CFPB) Safe Student Account Toolkit released in 2015, to help higher institutions determine whether they wish to co-sponsor a checking or prepaid account. They hoped that colleges would use the toolkit to make adjustments to their preexisting co-sponsored bank agreements to make it cheaper for students, but few institutions made any changes since the study was published last year.

The average fee the banks studied charged for maintaining an account remained $0 for students. Three banks’ overdraft fees expanded, and two banks decreased and one increased the total cost of overdraft fees charged a day in comparison to the data from the 2016 study.

University affiliated bank agreements usually last between five to 10 years. However, each January the two parties meet and conduct a review to evaluate the performance of the previous year and determine whether they wish to extend the initial term.

In 2015, there were at least 832 colleges that had contracts with banks offering debit or prepaid card services to their students, according to a report by the U.S. Department of Education. Thirty-three percent of students who had a credit card and are graduating within the next six months had been late with a credit card payment at least once, according to an Experian Graduate Survey Report.

Today, the biggest issue college students are experiencing with their credit and/or checking accounts is that they’re overpaying, and could be hurting their credit scores with late payments. The average college student overdraws their account 2.2 times a year, and the median bank overdraft fee in the nation is $35, including university-affiliated accounts, according to NerdWallet, which also explained that at most banks, they’ll typically waive maintenance fees for their customers if they keep a minimum balance or have monthly direct deposits. An individual with a bank account can avoid overdraft fees by simply not spending more than the amount in your account, but the easiest way to avoid all of the fees is by selecting a bank that doesn’t charge unnecessary fees.

“Just dealing with a checking account that doesn’t have the possibility of over drafting I think is a starter account for people to have,” said Liz Weston, personal finance columnist at NerdWallet, in a phone interview with Diverse. “Then, if overdraft must be a part of it, limit the number of overdraft fees that can be charged . . . Ultimately I’d like to see accounts without over drafting; I think that’s the best for students.”

Weston also said banks sometimes process transactions in such a way that they rack up more fees.

The 2017 study encouraged college students to start building credit even if they can’t get a student credit card. NerdWallet recommends college students look into getting a Capital One 360 or Simple card.

Some cards may be difficult for people under 21 to get because of the Credit Card Act of 2009, and if that occurs there are two alternatives: secured credit cards and authorized usership, according to the study.

“A secure card has you put down a deposit of say $500 or $1,000 and then you get a credit limit within the same amount. That’s a good way to build credit, but with two caveats: One, you always want to pay your balance in full,” Weston said. “There’s no reason to carry a balance, it doesn’t help your credit, and you just wind up paying more in interest.

“Two, you make your payments on time. There are a lot of things in life you can push and put off and procrastinate on. Credit payments really do need to be paid on time because that’s going to be reflected in your credit score. If you skip a payment, if you’re 30 days late or more you can knock 100 points off your scores.”

Some students previously have taken personal finance in high school, but chances are the information wasn’t absorbed to the extent that they fully recall everything.

“The best way to teach financial literacy of any kind is sort of the just-in-time method where people are getting the information right when they need it,” said Weston. “I would like to see the schools chip in [to tell] students that they need to do a little research up front and find out what are the fees, and understand what over drafting is, because that is really confusing to a lot of people.”