Boston will offer its residents yet another shot at free college through a recently announced program, The Boston Bridge. The program will be available to high school students who graduated in 2017 and are residents of the city.

Students will receive a “last-dollar” scholarship that will cover tuition and fees after scholarship and federal aid, such as Pell grants, are taken into account. 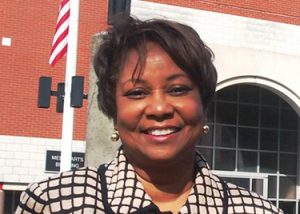 This is not Boston’s first foray into the brave new world of free college programs. Last fall, the mayor of Boston and the state’s governor established two pilot programs designed to eliminate or reduce the cost of tuition at community colleges and four-year public institutions in the state.

The Commonwealth Commitment allows students who are residents of the state to earn a rebate on tuition and fees after the successful completion of each semester at any public four-year institution in the state. To be eligible, students must first earn an associate’s degree at a Massachusetts community college, maintain a 3.0 GPA, and graduate within four-and-a-half years.

Boston’s Tuition Free Community college covers tuition for up to three years of community college and mandatory fees for graduates of the Boston Public School system, once Pell grants and other sources of aid have been accounted for. This coming academic year, participating students will also receive up to $1,000 to pay for books and transportation.

Dr. Valerie R. Roberson, president of Roxbury Community College, says her institution is in a strong position to help students seamlessly make the transition from RCC to a four-year school since RCC already has a high transfer rate. Last year, 36 percent of the students who started at RCC transferred.

Students attending RCC have the advantage of simultaneously enrolling at a four-year school in certain programs, such as nursing. RCC is also developing a new program in cybersecurity that will offer a similar dual admission relationship with a partnering institution.

“That’s what we work for: to make sure transfer happens seamlessly for our students,” Roberson said.

She believes that the program could have a strong impact on her students, 80 percent of whom qualify for financial aid. The average student at RCC is 30-years-old. Many have families or are working while attending school – or both.

“The thing that’s exciting about this program is if students don’t qualify for the full Pell amount, this program fills in the gap for them,” Roberson said. “It also enables them to cover things like books and transportation getting to school. Those are the things that stand in the way of our students’ ability to finish – and especially to finish within a two-year or four-year period.”

Relatively few students enrolled in the pre-existing pilot programs last year. So far, 50 graduates of the Boston Public School system have attended community college through the city’s Tuition Free Community college initiative. An additional 85 students signed up for the Commonwealth Commitment in fall 2016. Reportedly, 80 students were still enrolled in the Commonwealth Program as of April.

Boston Bridge is one of many free college initiatives being launched in cities and states across the nation. Given that these disparate programs were developed and implemented only recently, their nascence raises many questions about their long-term impact, according to Dr. Laura Perna, professor and executive director of the Alliance for Higher Education and Democracy (AHEAD) at the University of Pennsylvania.

One such area of concern is the on-average low completion and transfer rates at community colleges. Directing more students to attend a community college could simply push them to attend an institution where their chances of graduating are not high, some might argue.

“Really raising questions and paying attention to what are the likely outcomes in the short-term, and the long-term results for students who are being encouraged to attend particular institutions will be important,” Perna said.

Boston Bridge, it should be noted, incentivizes students to stay on track to graduate, obtain an associate’s degree and to transfer a four-year school.

Other than the financial assistance, programs like Boston Bridge promise to help communicate to more students that college is attainable.

“Programs like Boston Bridge have the advantage of the simple clarity in their message of free tuition,” Barmak Nassirian, director of federal relations and policy at the American Association of State Colleges and Universities, wrote in an email.  “That clarity may serve a strong signal to low-income high school students to hang in there, take college-prep courses, and see college in their futures. And that may well be a transformative change in itself.”

Roberson echoed a similar sentiment. Since many RCC students are first-generation to college, they might not have family members to help walk them through the college process. That makes state and civic support behind initiatives like the Boston Bridge all the more important.

“Even just having the mayor and the governor talk about [college] affordability programs will help families understand that there are options that will allow students [to] go to college,” Roberson said.