The American Association of University Professors updated its censure list after delegates to its recent 103rd annual meeting in Washington, D.C., voted to remove two institutions while adding two others to the list. 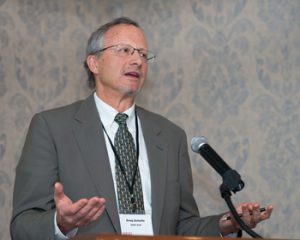 The censure list, currently composed of 56 institutions, is a compilation of college administrations that have been cited by the association for violating principles and standards of academic freedom.

In 2015, the AAUP placed the administration at the University of Illinois at Urbana-Champaign (UIUC) under censorship when its chancellor Dr. Phyllis Wise and the board of trustees withdrew a full-time faculty appointment that was offered to Dr. Steven Salaita following a series of controversial Twitter posts by Salaita expressing his sentiments about the war in Gaza. The controversial case was part of a wider battle about freedom of speech rights in higher education.

After filing and settling a federal lawsuit with the institution, Salaita did not join the university faculty, and the UIUC administration said that it would reform its institutional policies on tenure-track hiring.

Meanwhile, the administration of Phillips Community College of the University of Arkansas made the censure list in 1978 after the dismissal of a faculty member with more than 10 years of full-time service. While the case was resolved more than 30 years ago, attempts to revise the institutional regulations that led to the original censure failed to meet AAUP standards until recently. Now, the institution guarantees that faculty members with more than six years of full-time service will be retained indefinitely unless a faculty hearing determines otherwise, AAUP’s report said.

“I express my sincere appreciation to the AAUP and the Committee on Academic Freedom and Tenure for reviewing and removing the censure on Phillips Community College of the University of Arkansas,” said  Dr. Donald R. Bobbitt, president of the University of Arkansas system. “We look forward to the college continuing to carry out its vital mission providing educational and economic development opportunities in the communities it serves.”

A report issued by the AAUP’s investigating committees established that both institutions violated the faculty members’ right to academic freedom and due process.

A censure by the AAUP is dependent on whether an academic institution adheres to the recognized principles of academic freedom and tenure created by the AAUP and the Association of American Colleges and Universities in 1940. These principles are endorsed by more than 250 professional and education organizations, according to AAUP officials.

Dr. Greg Scholtz, director of the Department of Academic Freedom, Tenure, and Governance for AAUP said that “the process that leads to censure is a long one.” After reviewing complaints from a faculty member or members at the institution regarding potential serious violations of academic freedom and tenure, AAUP staff will determine if the complaint is credible and propose a resolution “that honors AAUP-recommended standards,” Scholtz told Diverse.

In most cases, he said that college administrators resolve AAUP standards violations.

“On those rare occasions that a serious violation of our standards appears to have occurred and the administration declines to work with the AAUP to effect an appropriate resolution, the Association’s executive director may authorize an investigation into the case,” Scholtz added.

While the AAUP imposes no further punitive measures, “the stigma of censure may impair an institution’s ability to attract and retain the most qualified faculty members,” Scholtz said.

He also said, “If academic freedom is a necessary precondition for excellence in teaching and research and perhaps even more so for effective institutional decision making … then a censured institution is likely falling short of its academic potential.”