A report issued from the Institute for Immigration, Globalization, and Education at UCLA and the ACT Center for Equity in Learning highlights the nation’s racial and ethnic diversity and provides ways for data-collecting agencies to improve their methods.

The report, titled “The Racial Heterogeneity Project: Implications for Educational Research, Practice, and Policy,” examines racial inequity in education and offers recommendations based on research about structural barriers that need to be overcome in order to improve educational outcomes for racial groups. 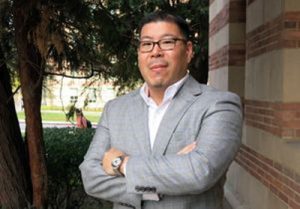 Dr. Robert T. Teranishi, the co-director for IGE and professor of social science and comparative education at UCLA, was the principal investigator and oversaw the project. The RHP research team was comprised of more than 20 racial heterogeneity specialists, with professors and research associates from around the country contributing to the data collection that took several years to complete.

“We sought some of the best experts in the field conducting research on the heterogeneity of Black, Latino and Native communities,” Teranishi, author of Asians in the Ivory Tower, told Diverse via e-mail.  “Support from ACT enabled us to bring together these scholars to share their perspectives on racial heterogeneity and how it can inform a deeper understanding of individual racial groups, as well as how we should think about race across groups.”

The report delves into the implications and possible outcomes that are made when racial and ethnic data is disaggregated, or split up, to reveal more subtle patterns that were previously hidden. Contributors to the project used their specific fields of interdisciplinary study to provide feedback regarding racial groups, in order to present a fair representation of their population in the U.S., in comparison to the U.S. Census which might not be an accurate projection.

Dr. Kimberly Griffin, an associate professor in the Counseling, Higher Education, and Special Education department at the University of Maryland, contributed to the African-American data that is included in the report.

“I think more generally we’re starting to have more conversations in higher education about moving beyond just putting students, faculty, staff and student affairs professionals in these big buckets based on race,” Griffin told Diverse in a phone interview. “We’re trying to get an understanding of what’s happening within those groups and how individuals are having different experiences within racial categories.”

The African-American portion of the report referred to the 2010 U.S. Census, and found that around 14 percent of the American population is Black. The states with the highest Black population were New York, Florida, and Texas, according to the study.

Researchers studied the demography of Black immigrants to the U.S. and found that a majority are from Africa and the Caribbean, but others came from Europe, Central America and South America. When looking at the disaggregated data of degree attainment levels of the Black population, 20 percent of African Americans have a degree, and 30 percent of immigrants from Africa have a degree.

The findings from the Latino study state that there were 55.3 million or 16.3 percent of Latinos living in the United States. Latinos are currently the largest racial subgroup in the U.S., and their population grows at an annual rate of 2.8 percent, according to the report. Latinos are the only group in the U.S. Census that is categorized as an “ethnic” group rather than a racial group.

When comparing the education backgrounds of the different types of ethnicities within the Latino category (Puerto Rican, Mexican, Venezuelan, Salvadorians, etc.), the study found that in 2011-2013 “73.1 percent of Latinos had a high school degree or less, whereas only 8.5 percent held a bachelor’s degree or higher.” The data was attained after surveying Latinos 25 years or older.

According to the report, 36 percent of Asian Americans have received a bachelor’s degree or higher compared to the percentage of Pacific Islanders in the U.S., which is less than 10 percent.

“A deeper understanding of the demographic landscape of our students is key to identifying and responding to the unique needs of particular groups,” said Teranishi. “It also informs a broader conversation about race and its implications for how we think about individual racial groups, as well as comparisons between groups.”

Griffin said that she would like for people to be more thoughtful and nuanced in terms of our understandings of those experiences within higher education.

“We have to look beyond just race and the box they check and really understand ethnic identity, gender, socioeconomic status and . . .  we have to develop interventions accordingly,” Griffin said.