Bureaucratic Costs Are Twice Instruction Expenses at Some Colleges

Some small private colleges are spending almost twice as much on administration as on academics, according to a study by an association of university trustees. 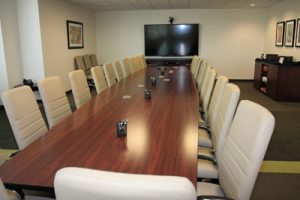 The study, based on financial data provided by colleges and universities themselves to the federal government, found that 64 cents was spent on administration at the smallest private colleges for every 36 cents spent on instruction.

The proportions declined with economies of scale, according to the study by the American Council of Trustees and Alumni, or ACTA. At the largest public research universities, it said, 17 cents were spent on administration for every 83 cents spent on instruction.

There have been many reports about growth in the number of administrators — which continued even after the recession — and the salaries and benefits they get. Because of complexities of accounting, however, there’s been limited empirical research connecting these conclusively to rising college costs.

What is not in dispute is that the number of administrators at colleges and universities grew twice as fast in the 25 years ending in 2012 as the number of students, according to federal data analyzed by the New England Center for Investigative Reporting.

A 2014 report by the Delta Cost Project found that the number of administrators had increased from one per 3.5 faculty and staff positions in 1990 to 2.2 in 2012.

Colleges and universities contend that the increase in the number of administrators is driven by such things as federal regulation, the need to support more complex technology and new functions such as sustainability efforts, which they say save money over the long term.

The ACTA classified “instructional costs” as including academic support, academic deans, libraries, and museums. It regarded administrative costs as falling under what the government categorizes as “instructional support,” which includes planning, legal and financial services, public relations and marketing and development, but not student activities, financial aid services, housing, parking or dining.

This article was originally published in The Hechinger Report.

I Went From Borderline Homeless to College-Bound

Dartmouth Will Account for State Aid it Agreed to in 1800s