Three programs at Rowan University with goals to promote diversity and equality for underrepresented races and sexualities on and off campus recently have been awarded grants by the National Science Foundation to aid those efforts.

The grants will be available to most of the projects for five years and all programs have already started the implementation process. 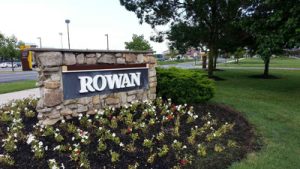 Under the largest grant ever awarded to a Rowan professor by the National Science Foundation – $1.92 million – Dr. Beena Sukumaran will head a team conducting research and implementing strategies to improve diversity in the high-demand field of engineering, according to a university news release.

The core research team, which consists of six faculty members, a coordinator and two graduate students, hopes to change the diversity of Rowan’s student body and create an inclusive curriculum within the field of engineering through the RED program. The grant money will be used to support a full-time coordinator on the project and on evaluators to make sure the research team is doing what they said they would do.

“I’m very grateful for the support from the NSF and what it has provided, and we’re really looking forward to implementing the grant,” Sukumaran said in a phone interview with Diverse. “We are in the process of implementation but we hope to see its success. The first year itself has actually resulted in some early successes and [found] that we do have the most diverse student body coming to CEE this fall.”

The program is available for all students studying in the CEE College and has a mentorship program where junior and seniors mentor transfers and freshmen and alumni mentor junior and senior students.

“Our curriculum also addresses that the inclusive content in each of our courses … [students] will be more cognizant of factors that impact a diverse engineering workforce,” said Sukumaran.

The second program, titled Promoting LGBTQ Equality in Engineering through Virtual Communities of Practice was given a $300,000 NSF grant presented to the American Society for Engineering Education (ASEE) and has been led by Dr. Stephanie Farrell since July 2015.

Farrell is a professor and chair of experiential engineering education, and is working with engineers and sociologists from ASEE, Rowan University, Temple University, Michigan Tech and Michigan University to train more than 600 professors around the country to build a network of LGBTQ-friendly faculty through virtual workshops to create an inclusive environment and create LGBTQ equality within their departments.

“Our team effort focuses on a cycle of research and practice,” said Farrell via email. “The research is generating new knowledge about the experiences of engineering students and faculty and the roles that deans could play in advancing LGBTQ equality in engineering. Finally, we identify promising practices to promote LGBTQ inclusion in our profession.”

Farrell said the grant funds will be used to support graduate students who are working on their research, to run the Virtual Community of Practice, and to support several Safe Zone ally training workshops across the country.

The program is currently in its third and final year of the grant.

The third program, South Jersey STEM Education Scholars: Recruiting and Supporting STEM teachers from Underrepresented Populations, is led by Dr. Trevor I. Smith, who holds a joint appointment as a professor in the Departments of Physics & Astronomy and Science, Technology, Engineering Art and Mathematics (STEAM) Education. The initiative was awarded a $1.2 million grant through NSF’s Robert Noyce Teacher Scholarship Program.

Smith said the overall goal of this program is to increase diversity in the STEM teacher corps  in South Jersey.

“The real need for that is if you look at the demographics of South Jersey in terms of racial demographics and in terms of economic demographics, they are not reflected in the diversity of the people who are science and math teachers in our public schools,” Smith told Diverse in a phone interview.

“An easy solution [for getting more STEM-skilled workers] would be to use the untapped talent pool of students in under-represented groups who aren’t currently choosing STEM fields,” Dr. Karen Magee-Sauer, Dean of the College of Science & Mathematics, said via email.

This initiative will use the funds from the grant to provide 25 scholarships for students who have a “strong background in a math or science field” to be able to complete a one year master’s degree that leads to a teacher certification in New Jersey. One of the requirements of the scholarships is that after students complete their master’s program and earn their certification, they have to teach for at least two years in a high need school district.

The scholarships, worth $30,000 for one year, will help students with financial barriers such as transportation and professional wardrobe. Smith says by doing this, it will make the process of obtaining a master’s degree and teaching certification more accessible to students of all socioeconomic backgrounds. Anyone who is a student in the master’s in STEM Education program is eligible to apply for the Noyce Scholarships, however, there will be a separate application process to distinguish who receives one of the scholarships.

Smith said, “We’re trying to help create a more diverse teacher pool that would better reflect the demographics of our region.”

Teen graduates from high school and college — in same weekend!

IS HIGHER EDUCATION READY FOR MINORITYAMERICA?