Dr. Michelle R. Howard-Vital, a seasoned university administrator who spent seven years as president of Cheyney University in Pennsylvania, has been tapped by the board of trustees at Florida Memorial University to serve as its interim president. 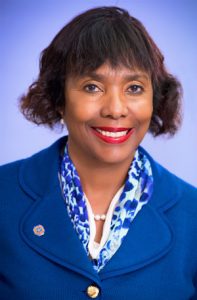 Howard-Vital, who came out of retirement last year to become the provost at the historically Black college located in South Florida, is replacing Dr. Roslyn Clark Artis, who was appointed president of Benedict College this summer, a larger HBCU located in Columbia, South Carolina.

“I fell in love with the faculty of Florida Memorial University,” said Howard-Vital in an interview with Diverse, adding that her tenure as the chief academic officer helped her connect with the faculty.

“I kind of got away from the academic side of the house a little bit. I love it,” said Howard-Vital of her time as president of Cheyney. “It has reenergized me. I find that my passion is as strong as ever to help this Z generation, many of whom are first-generation students, be successful.”

Howard-Vital said that she will be focused on helping the university design career pathways for students and ensuring that they are on track academically, through assessments and looking at best practices.

“My vision is to take that synergy and energy and that connection with the faculty to the interim presidency role to see how we can focus on the students,” she said. “This is something that really excites me.”

Although the board of trustees at FMU will conduct a national search for the top job, Howard-Vital said that she would like to be considered.

Howard-Vital said that she wants to continue and expand the work that Artis started as president.

“One of the things I’ve heard is that Florida Memorial University is the best kept secret,” she chuckled. “We don’t want to be a secret. Being a secret is not a good thing.”